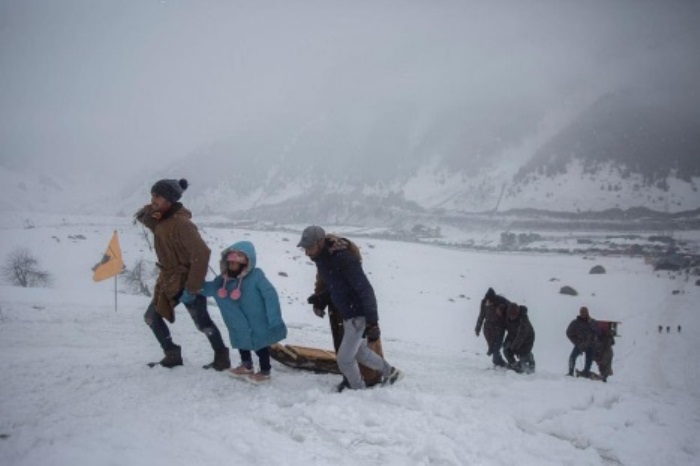 Srinagar/IBNS: The National Crime Record Bureau’s report has vindicated the fact that Jammu and Kashmir continues to be a safe destination for foreign tourists.

"There was no case of violence, sexual assault, rape, etc. reported from Jammu and Kashmir against the foreigners who have visited the region in these years,"  the report says.

The tourism data shows that most of the foreigners, who visited J&K, had stayed only in the Kashmir division.

While the track record of Kashmir in ensuring no crime against foreigners is commendable, the report reveals that on the contrary there have been 22 cases registered against foreigners who have committed crimes in J&K in three years.

According to tourism officials, the report should serve as an eye-opener to foreign countries which have barred their citizens from visiting Kashmir.

Most of the European countries, the US, Australia and other nations have put adverse travel advisories on Kashmir.

"Although we have repeatedly said that Kashmir is a safe destination, these adverse advisories by foreign nations still remain. The tourism department has a very limited role in getting the advisories lifted as we can only request the Ministry of  External Affairs and Government of India to take up the issue with the foreign countries," said a senior government official.

“This report is a clear reflection of the fact that how Kashmiris treat their guests.  Kashmir’s hospitality is known across the globe and for decades we have welcomed foreigners. But unfortunately in the recent past, there have been some instances where the foreign governments imposed negative travel advisories to Kashmir which has hampered our business.


“We urge the government of India to take up the issue of lifting negative advisories keeping in view the ground situation and Home’s Ministry’s data which clearly reflect that Kashmir is a safe place to visit,” said Chairman, Jammu and Kashmir Hoteliers Club, Mushtaq  Ahmad Chaya.

He said that over a period of time the Kashmir tourism has been badly hit by negative travel advisories and it is high time to get them lifted so that foreigners will visit the picturesque Kashmir region.