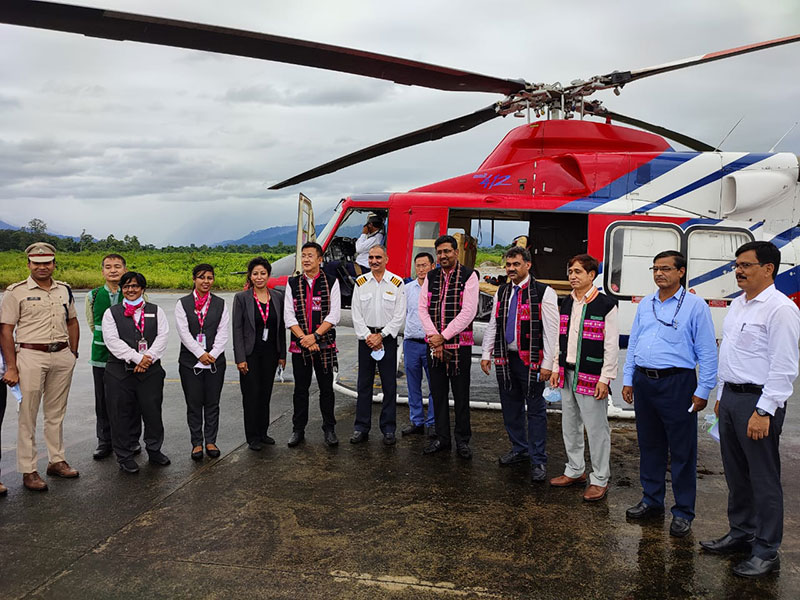 Tezu in Arunachal Pradesh gets air connectivity under RCS-UDAN programme

Guwahati: The much awaited direct air connectivity to one of the eastern most location of the country, Tezu in Arunachal Pradesh started on Thursday with the maiden flight of FLybig airlines from Guwahati that landed on Thursday.

Addressing the function Ravi Kant, RED, AAI extended his sincere thanks to the State Government for the continuous support even during the odd hours and to the airline for starting the flight services under RCS-UDAN programme where seats are available on affordable rates for shorter distance. 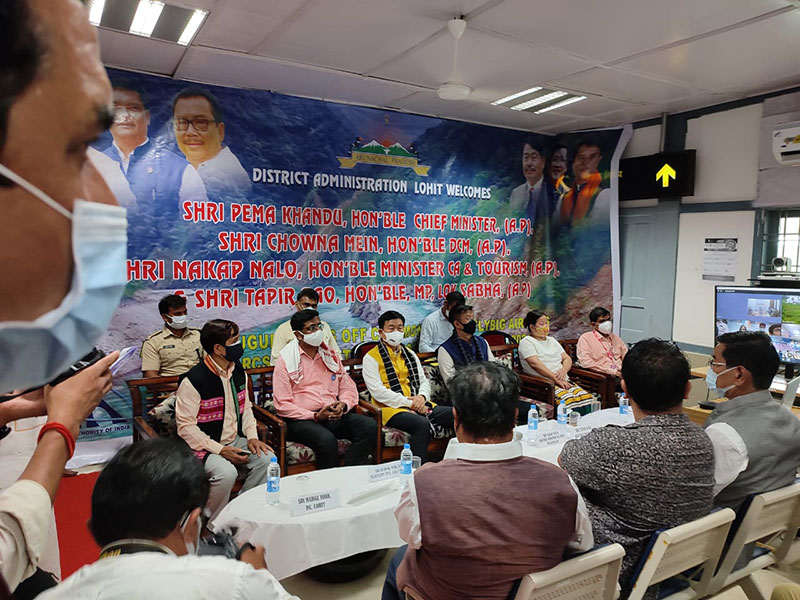 Ravi Kant mentioned that AAI has always been pivotal in connecting remote and small places through air transportation in the country and said that the connectivity to this location will boost tourism and trade in the North East region.

This is one of the most beautiful places in India and with regular flights connecting Guwahati and then to Kolkata, will attract tourists from other parts of the country. Some historical and religious places are also centre of interest for many people which will definitely appeal travelers to come to Tezu, he added.

The ATR-72 type aircraft by M/s. FlyBig airline was greeted with the traditional water canon salute by the Tezu Airport fire team. This flight will operate on Guwahati- Tezu- Guwahati route on every Tuesday, Thursday, Saturday and Sunday.

This is another success story of RCS –UDAN route in North East India after the airline won bids to operate flights on several routes in the region including Shillong, Silchar, Imphal, Dibrugarh, Agartala, Rupsi and Guwahati.

It is aimed to boost connectivity in the region.

During the peak hour, about 200 passenger can be handled in the new building. 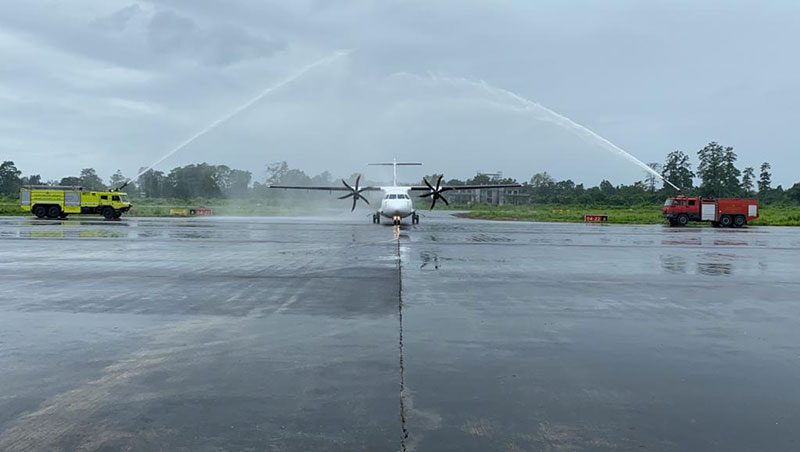 Parking of ATR-72 type aircrafts is also provisioned in the project.

Extension work is in progress at Tezu Airport which is scheduled to be completed by next year in different phases.