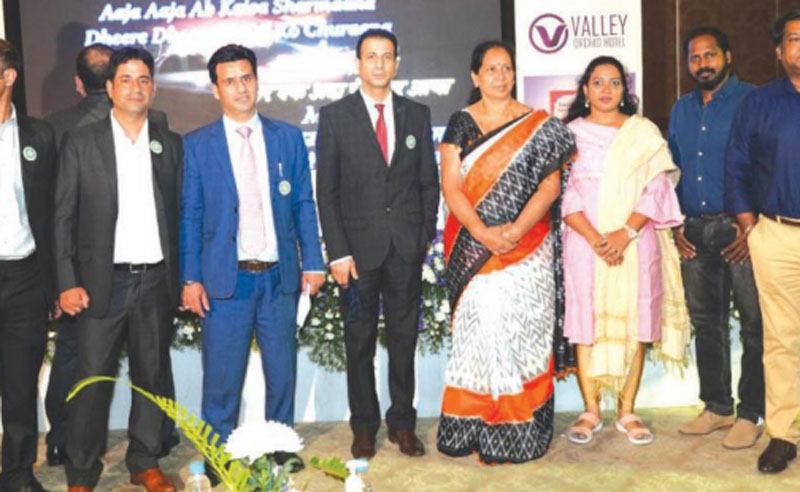 Srinagar: A grand promotional evening and roadshow in Chennai organised by the department of tourism J&K in collaboration with the Travel Agents Society of Kashmir (TASK) has evoked a huge response from the industry stakeholder.

The highlight of the event was a detailed presentation of J&K tourism by Addl. Secretary Tourism JK Waseem Raja highlighting the known and lesser-known tourist destinations, art and craft, pilgrim and adventure tourism besides the upcoming festivals.

The Addl Secretary tourism appraised the jam-packed gathering about the rigorous promotional campaign launched by the Department to attract tourists from across the country and the positive outcome of the events in terms of increasing tourist footfall during the winter season in the UT.

While highlighting the potential of Chennai as an emerging market for J&K tourism, the Addl Secretary tourism sought support from the local travel trade fraternity and the head of the associations for promoting J&K’s tourism potential.

The presentation was followed by an interactive session with the local travel trade, who put forth their suggestions to further improve the tourism services in the UT.

The Addl Secretary tourism assured the travel trade of all necessary support from J&K tourism in making the traveller’s stay in JK memorable.

The dignitaries who addressed the audience praised J&K tourism for the grand roadshow and reiterated their unflinching support for tourism in J&K.

The audience was mesmerised by colourful musical performances during the event. J&K Tourism led by Addl Secy tourism also addressed the regional press in the afternoon which was attended by more than 60 different media houses of Chennai, including prominent newspapers and electronic media.

During the interaction, Addl Secy Tourism appraised the media about the current tourism scenario in J&K and the promotional activities launched by the tourism department within the UT and outside markets. During the sidelines of the events, the Addl Secretary tourism also interacted with local FM channels and other local media for the promotion of J&K tourism.

The Addl Secretary tourism assured the travel trade of Chennai that all necessary covid related protocols are being followed religiously at various tourist destinations, hotels and also during events and festivals.