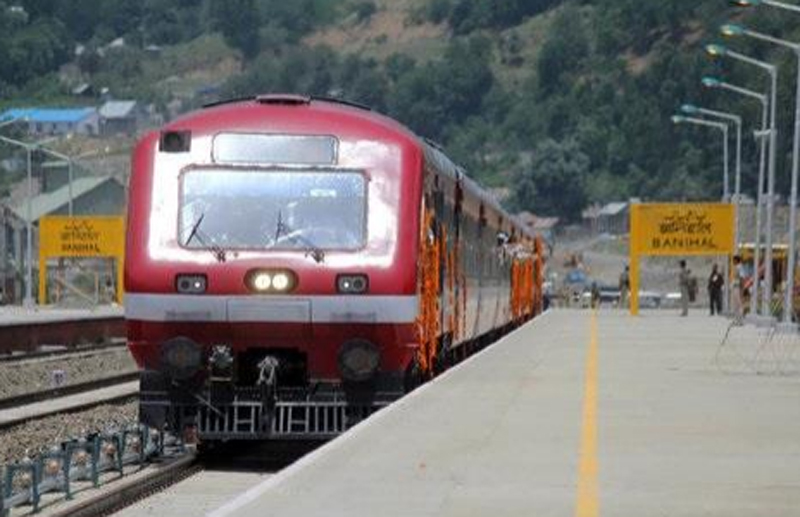 Srinagar: After remaining suspended for 10 months owing to Covid-19, the rail services in Kashmir are all set to resume from February 22.

The Chief Area Manager, Northern Railways, Kashmir, Wednesday asked the authorities concerned to file objections, if any, for restoring partial train service between Banihal and Baramulla from February 22.

The officer asked the concerned authorities in Srinagar and Budgam to inform him about objections, if any, in this regard.

As already reported by Greater Kashmir, Railway officials in the valley had said that the train services were likely to be restored by the end of February.

The approval for operating the train service in the Valley from Northern Railways comes days after Divisional Commissioner Kashmir, Pandurang K Pole, wrote a letter to the railway officials them that train service be restored in the Valley.

The Div Com had also asked the Railways to increase the frequency of the trains in days to come. As train services remained suspended for several months, the residents of north, south and central Kashmir have been urging the authorities to resume the service in the interest of the people.

The train service was suspended on March 21 after the state administration announced lockdown in the wake of COVID 19 pandemic.

However, as the lockdown was eased on several occasions, hope of its early resumption gained momentum, but, so far authorities have failed to restore it.