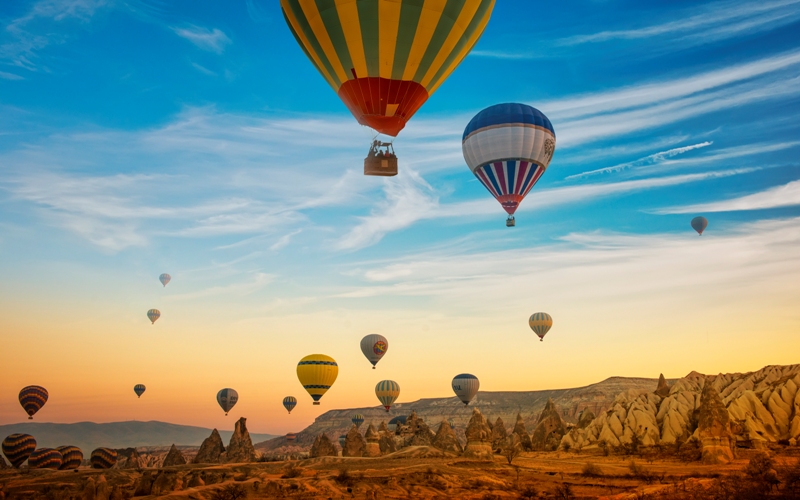 The Turkish Tourism Board in India revealed that between January & September this year, a total of 11.9 million International visitors arrived in Turkey. Turkey was amongst the first few countries to open its borders for tourism after  implementing stringent measures like Safe Tourism Certification to safeguard the health of tourists and those involved with touristic activities.

Despite the COVID scenario, these numbers clearly indicate that Turkey continues to be a popular destination with tourists from around the World.

Tourists travelling to Turkey from many different countries return to their countries healthy and safe having spent their holidays in certified facilities in Turkey. Between January to  September, Turkey received maximum tourists from Russian Federation (1.4 million) followed by Germany at 9.1 lakh, Ukraine at 7.7 lakh and the United Kingdom at 7.2 lakh.

In regard to Indian tourist arrivals, Turkey registered a number of 38 thousand arrivals. Out of these, 30,000 travelled to Turkey between January & March 2020. Turkey is open to all foreign visitors including Indians since June this year. Once the restriction on international flight is lifted in India, the flights between both the countries will resume immediately.

Turkey opened its borders for tourism in June with well-planned Covid regulations in place due to which the country has emerged as a major tourist destination. The pickup in Turkey's tourism continues as the country that welcomes millions of tourists from all over the world every year launched a Safe Tourism Certification program which is implemented in various areas including transportation and accommodation to ensure a safe vacation for tourists this season.

The tourism board in India has been constantly engaging with tourists & stakeholders through different modes of engagement.  The tourism board organized webinars & E-learning programs for DMC’s & agents.

So far, 12 different webinars have been organized for 12 different companies. Turkey’s E-learning program is expected to receive registrations from more than 2000 Indian agents and approximately 1000 of them will receive Turkish Tourism Specialist Certificate.