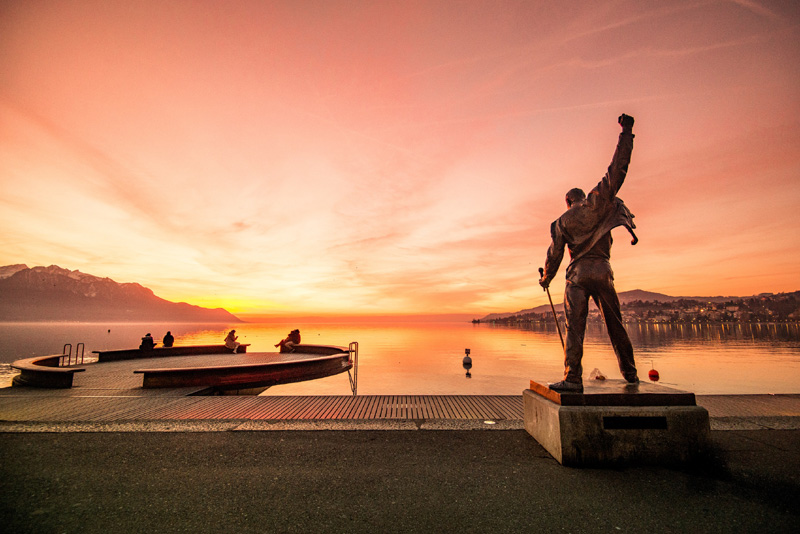 Farrokh Bulsara, known to his fans as Freddie Mercury- lead vocalist of the rock band Queen is regarded as one of the greatest musicians of all time. On 5th September 2020, what would have been his 74th birthday, we take a trip down memory lane to the rock-star’s life in Switzerland!

Freddie’s first experience with Switzerland was in 1987, when he travelled to the Montreux Jazz Festival with his band members, to record their album Jazz, at the then acclaimed Mountain Studio.

Like many others before him, the lead singer of Queen who ruled the hearts of fans across the world soon lost his heart to the beauty and serenity of Switzerland.

Such were the charms of the quaint town of Montreux, that Freddie soon decided to settle there. The legend often found inspiration in the beautiful town, and was often heard saying  “If you want peace of mind, come to Montreux!”

Today paying tribute to this talented singer; one of the most striking visuals in Montreux is Freddie Mercury’s statue facing the beautiful Lake Geneva. 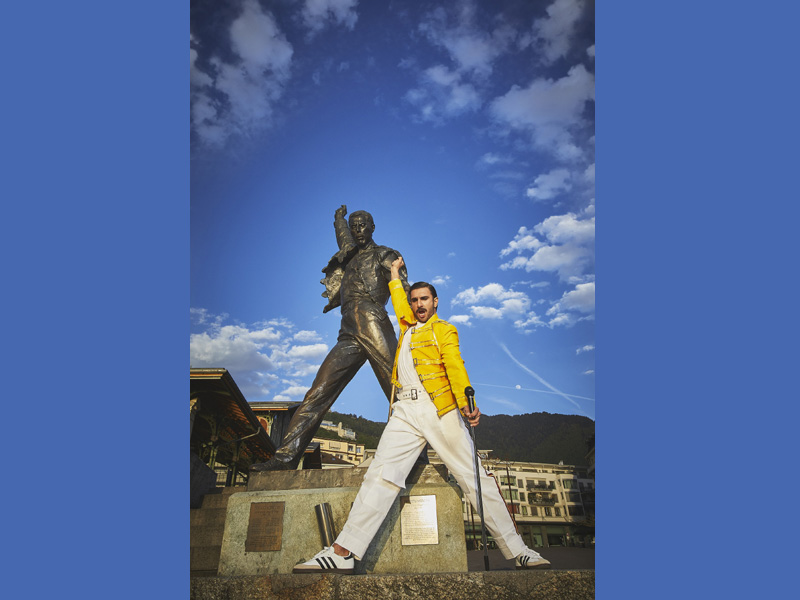 Ranveer Singh in front of Freddie Mercury statue in Switzerland

Unveiled in 1996 and cast in bronze, it shows him pumping a fist in the air with an inscription at the bottom that says- ‘Lover of Life, Singer of Songs’. (Incidentally, this is also the statue that inspired Indian actor Ranveer Singh to pay tribute to one of his favorite rock icons and an heartfelt rendition of ‘I want to Break free’ on his trip to Switzerland).

In fact, so loved is this music icon that since the statue’s inauguration it has  always been adorned with fresh flowers and wreaths by adoring fans.

Freddie with his bandmates recorded a total of seven albums, including their last one, Made In Heaven in Mountain Studios located inside the Casino Barrière de Montreux. The band owned the studio from 1979 to 1993.

Today Queen fans can visit the Queen Studio Experience which is an extensive exhibition of artefacts that pay homage to the charismatic rock-star. Fans are also treated to a wide range of memorabilia including photographs, lyrics penned in Freddie’s own handwriting, records, videos, and the band's original concert costumes.

Queen’s original control room is still operational, fitted with a new console, where visitors can mix their own versions of Queen’s classic songs. There’s also a spot that makes for a poignant moment: in the Made In Heaven room, visitors can stand at the exact spot where Freddie recorded his very last vocal session. 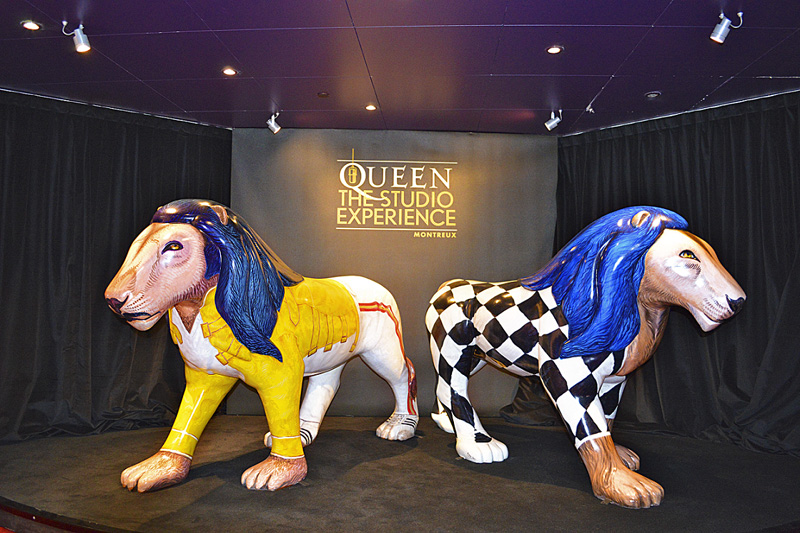 Fans often get teary eyed as they get a glimpse of some of the last creative moments of this musical genius from this album which he unfortunately didn’t live to complete.

Every year, (except for 2020) the Casino also hosts the ‘Freddie For A Day’ birthday party in September (around his birthday on September 5) to remember him and his glorious work in order to raise funds for the Mercury Phoenix Trust that works towards fighting AIDS across the world.

So on your next visit to Montreux, make sure you pay homage to the man who taught all of us to “Breakfree” and enjoy the city’s visibly melodious heritage where so many musical geniuses over the years have been inspired and continue to visit for creative chow!