Colombo/IBNS: SriLankan Airlines, the National Carrier of Sri Lanka and a member of the oneworld alliance, welcomed aboard the global media icon Richard Quest of CNN during his journey from London to Colombo recently.

He also spent many memorable moments at the Airline’s Headquarters subsequently, exploring the operational areas and interacting with staff, thus gathering fascinating facets of the SriLankan story for his much coveted ‘CNN Business Traveller’ programme which will be premiered on Jan 8, 2020 at 1230 pm Eastern Time Zone . 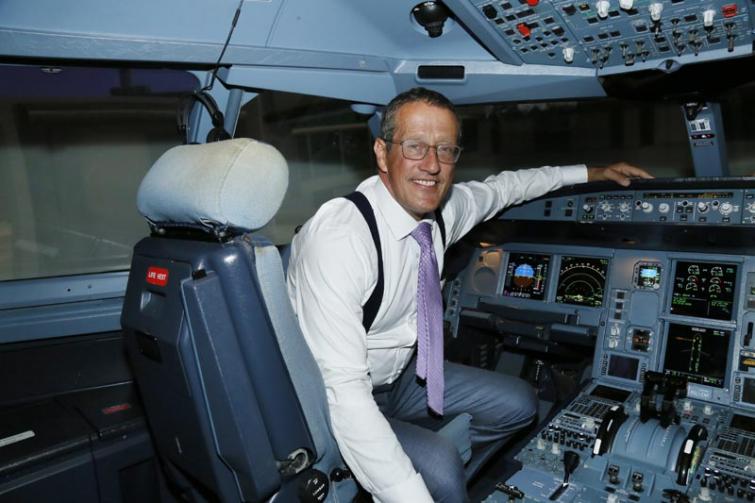 During his journey from London to Colombo, Mr. Quest was interacting with the passengers with much enthusiasm and shared experiences with the cabin crew and the pilots. He was fascinated by the various aspects of the Airline’s inflight service, which included serving the trademark Ceylon tea.

Sharing his thoughts on the onboard experience, Mr. Quest said, “The service onboard was excellent. From the choice of meals to juices it was a very good experience. The Aircraft with 1-2-1 configuration is quite spacious. I travel a lot and the reverse herringbone formation in that particular configuration provides you ample legroom which is ideal for a long journey.” 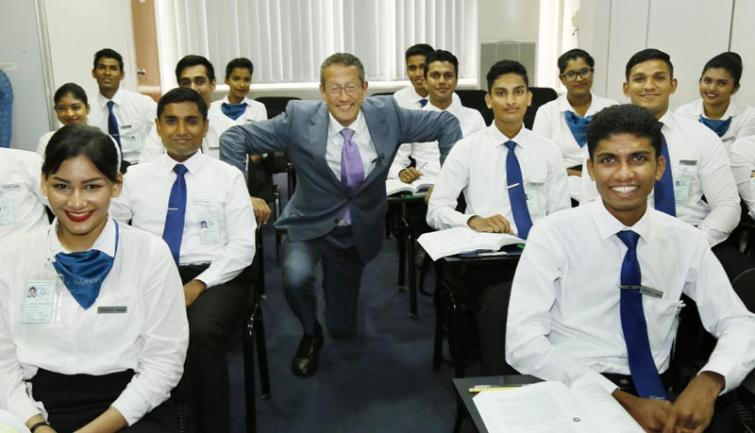 Commending the services of the cabin crew, he added, “What really comes out is the pride of the crew. They are proud to wear the SriLankan uniform. They are proud of the job that they do, which is not only about serving the Airline but also the country. They all could all be working for gulf carriers and be earning more money, but they choose to work for the National Carrier.”

His visit to the Airline Centre began with an interview of SriLankan Airlines CEO, Mr. Vipula Gunatilleka, followed by a session at the Airline’s Simulator Centre, where he was symbolically presented with wings after a successful simulator ride, much to the admiration of the instructors. This was followed by a visit to SriLankan Aviation College, the training arm of the Airline, where he visited several classrooms in progress and shared his thoughts with the students and instructors.

Mr. Quest visited the Airline’s flight kitchen at SriLankan Catering which caters to all airlines that operate out of BIA with a production capacity of over 21, 000 meals a day. He was treated to a spread of Sri Lankan inspired delicacies and given a tour of the flight kitchen. At the end of the tour at Catering, he was presented with a memento, a 3D printed replica of a CFM 56-5C engine.

The afternoon session saw him taking part in a crew safety drill at the slider and the pool, followed by the day’s last segment at the Aircraft Hangar, which turned out to be his personal favourite.

The purpose of Mr. Quest’s visit to Sri Lanka to see the recovery efforts of Sri Lanka post Easter.

Sharing his plans to explore Sri Lanka during his stay, Mr. Quest revealed that he would like to go to the South Coast, which he experienced very briefly during his previous visit.

A great fan of seafood, he was also fascinated by the country’s culinary experience, even though he confessed that chilli is not his most favourite spice.

“From fine dining restaurants that serve excellent seafood to the street sellers in the Galle Face green, Sri Lankan cuisine is a great experience.” 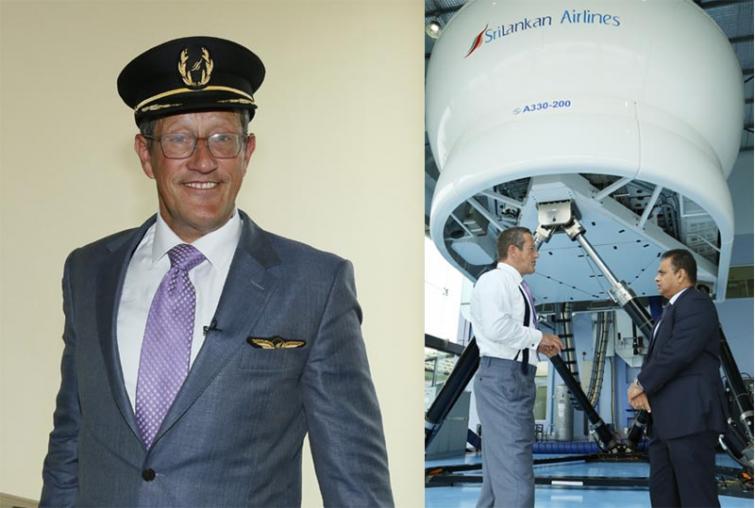 As a veteran journalist specialized in commercial aviation, he opined that operational and structural changes, be it network rationalization or privatization, are needed for the Airline. “Fundamental structural changes need to take place at operational level. But at the passenger level, I think SriLankan Airlines is excellent.”

Watch out for the latest edition of the CNN Business Traveller to find out what he uncovered about SriLankan Airlines.