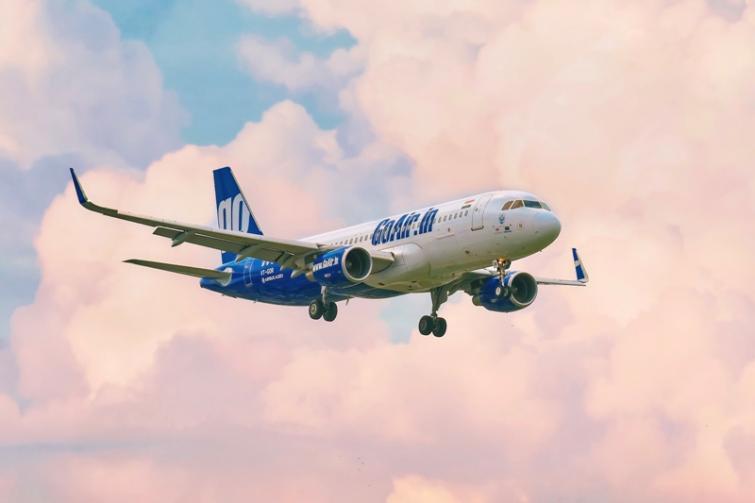 New Delhi: Aviation major GoAir on Tuesday added 12 flights to its ever-growing network, taking the tally to over 325 daily flights.


Jeh Wadia, Managing Director, GoAir, said: “The launch of 12 new flights is in continuation with GoAir’s aggressive expansion plans. There are 6 new flights and another 6 flights are frequency additions on our existing Kolkata-Guwahati and Chandigarh-Ahmedabad sectors. The new flights between Ahmedabad and Lucknow will cater to the strong trade relations and the presence of a large number of SMEs. GoAir has already connected Lucknow to Delhi, Mumbai, Bangalore and the new flight to Kolkata is in sync with the company’s vision to connect Lucknow to India’s metro cities.”


GoAir has added 16 aircraft to the fleet in the last 11 months (ever since the airline went international) resulting in 90 new flights. GoAir has added 8 new airports to its network – Phuket, Male, Abu Dhabi, Muscat, Dubai, Bangkok, Kannur and Kuwait.  GoAir will be launching Singapore flights - subject to regulatory approvals.


GoAir flight G8 184 will depart from Delhi at 09:50 hours and will arrive in Chandigarh at 11:10 hours. Flight G8 164 will depart from Chandigarh at 22:50 and arrive in Delhi at 00:20 hours. These flights will operate daily except Sunday and they will not only benefit a heavy load of passengers traveling on this route, but will also act as a connection for passengers traveling on other GoAir routes. Fares for these flights start at Rs 1707.


GoAir has also announced 4 additional frequencies between Kolkata and Guwahati to take the total count of flights between the two cities to 6. Flight G8 248 will depart from Kolkata at 04:55 hours and arrive in Guwahati at 06:00 hours (departs at 8:35 and arrives at 9:35 on Wednesday and Sunday). Flight G8 253 will depart from Guwahati at 14:35 hours and will arrive in Kolkata 15:50 hours.

These flights will enable business travelers to leave from Kolkata and arrive in Guwahati to attend morning meetings and return to their cozy homes back in Kolkata by evening, thus resulting in time, energy and money savings. These flights will operate daily. Fares for these flights start at Rs 2039.


Flight G8 184 will depart from Chandigarh at 11:50 hours and arrive in Ahmedabad at 13:55 hours. Flight G8 164 will depart from Ahmedabad at 20:10 hours and will arrive in Chandigarh at 22:10 hours. GoAir is the only airline to operate non-stop flights between the two cities and this is the second non-stop flight between the two cities. The flights will operate daily except Sunday. Fares for these flights start at Rs 3074.