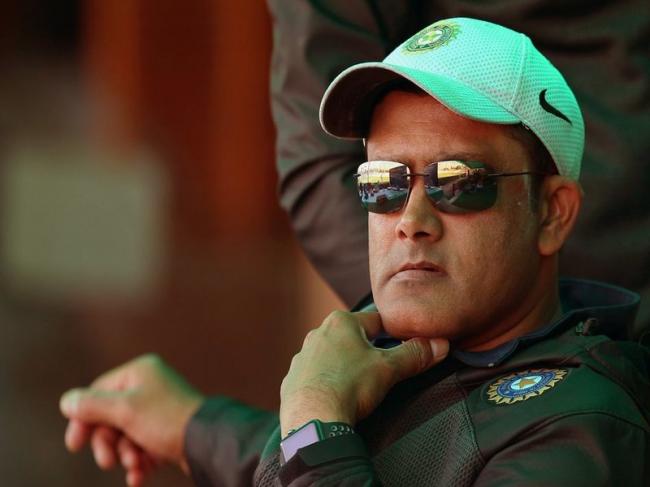 Anil Kumble reappointed as Chairman of the ICC Cricket Committee

The International Cricket Council concluded six days of meetings in Dubai today with a number of key decisions taken.

The Board moved to reassure Members around security ahead of the ICC Men’s Cricket World Cup in light of recent communication from BCCI and confirmed that as is normal practice this will continue to be monitored through to the end of the event.

ICC CEO David Richardson said: “As you would expect for a global sporting event, the ICC, in partnership with the ECB has a robust security plan in place for the Men’s Cricket World Cup. We work closely with the authorities in our host countries to ensure that the safety of players, officials and fans is a priority.

“Should those authorities raise the threat level of the event based on intelligence, we will, of course, uplift our security commitment as appropriate. We will continue to work with the ECB and our Members throughout the build-up to and during the tournament to keep everyone abreast of the situation.

As part of the ICC’s ongoing commitment to accelerating the growth of the women’s game, there were two significant decisions taken. The first, from the Chief Executives’ Committee, is around the introduction of an age group Cricket World Cup for girls to create more opportunities for young women around the globe to play the game. The ICC will develop a plan for the introduction of this event during the current commercial cycle.

• Driving the growth in participation of women and girls;

• Overseeing plans to grow the female fan-base and fans of women’s cricket;

• Promoting opportunities for women involved in the administration and leadership of the sport around the world;

• Creating cricket competitions, pathways and events which foster competitive women’s cricket that has clear context and meaning; and

The new composition of the Women’s Committee will be as follows, with posts to be filled in due course. Clare Connor was confirmed by the Board as the Chair:

The ICC Board were updated on WADA’s concerns in relation to the domestic anti-doping programme in India.

The Board unanimously acknowledged its desire to remain WADA compliant and committed to working in partnership with the BCCI, WADA and the India NADA to resolve the outstanding issues as a matter of urgency.

In July 2018, the ICC Board was advised that the Court of Appeal in Sri Lanka had stayed the Sri Lanka Cricket (SLC) elections for office bearers and appointed a Competent Authority for cricket in Sri Lanka.

In light of this apparent government interference, the ICC set a deadline for elections for Sri Lanka Cricket and imposed funding restrictions on the organization with their continuing membership of the ICC under consideration if the organization did not comply.

The ICC Board concluded that SLC have complied with the directions and welcomed Mr Shammi Silva to the Board following his election as SLC President and all restrictions have been lifted.

The Board approved a new set of Safeguarding Regulations to better protect children, adults at risk and participants involved in ICC events.

The strengthened regulatory framework will apply at all ICC events and as the first step in a series of safeguarding reforms to ensure cricket remains a safe and happy environment for all participants.

A Safeguarding Chairperson with specific expertise in these matters will now be appointed along with a Safeguarding Tribunal.