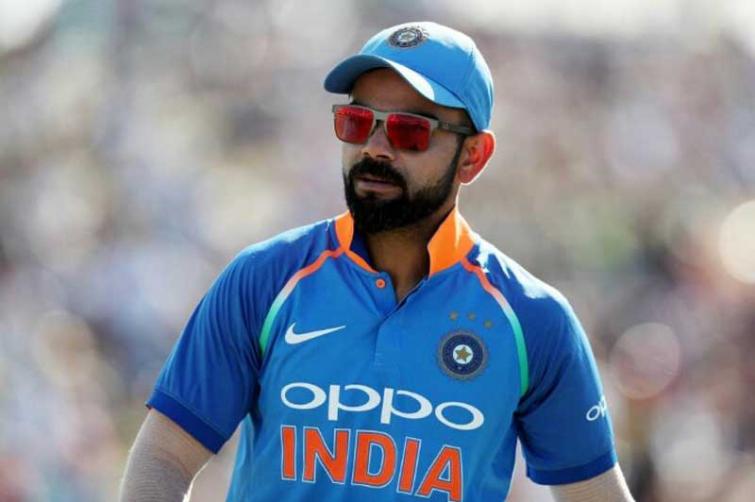 Will do what the BCCI decides: Virat Kohli on India-Pakistan World Cup clash

New Delhi, Feb 23 (IBNS): Indian skipper Virat Kohli finally broke his silence over the ongoing debate whether the national side should play in the World Cup match against Pakistan and said they will do what the BCCI decides at that time on the matter.

"Our sincere condolences to the families of CRPF soldiers who lost their lives in Pulwama Attack," Kohli said.

"We stand by what the nation wants to do and what the BCCI decides to do," he said.

Amid debates over whether the national side should play the neighbouring nation in the upcoming gala event in the wake of the recent terror attack in Pulwama, Indian cricket icon Sachin Tendulkar on Friday batted in favour of India playing the World Cup match against Pakistan.

Tendulkar said it is time for Virat Kohli and his men to beat Pakistan again in the 50-over grand event.

India have never lost to Pakistan in World Cup.

"India has always come up trumps against Pakistan in the World Cup," Sachin said in a statement.

"Time to beat them once again," he said.

Sachin said: "Would personally hate to give them two points and help them in the tournament."

However, Sachin said he will always accept whatever decision the nation takes on the issue.

A week after a terror attack in Pulwama area of Jammu and Kashmir left 40 CRPF jawans killed, the Indian cricket board on Friday wrote a letter to the International Cricket Council and asked it to take note of the situation.