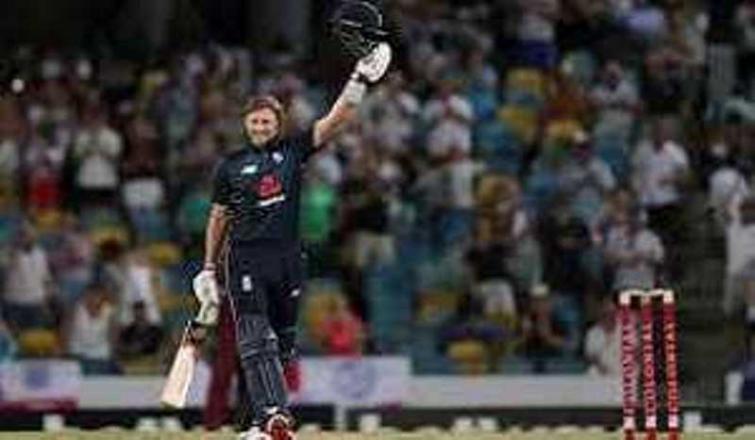 Barbados, Feb 21 (UNI) Jason Roy and Joe Root's hundred-run knocks powered England to seal a record-breaking victory over Windies by six wickets, in the opener of the five-match series here at Kensington Oval, Bridgetown, on Wednesday.

Veteran left-hand batsman Chris Gayle's 130 runs, who was playing for the home side after a gap of seven months, and Shai Hope's 64 runs knocks helped the Caribbean to set up a huge total of 360 runs in stipulated 50 overs. In reply, with the help of opener Jason Roy's 123 and Joe Root's 102-run knocks, England registered the third-highest overall run chase in the format, with eight balls to spare to go 1-0 up in the series.

Earlier, Windies won the toss and decide to bat. Gayle and John Campbell scored 38 runs for the first wicket in 8.3 overs. Campbell was the first man to go for 30 runs. But after that Gayle lit up the Kensington Oval with another display of power-hitting. He hit three fours and 12 sixes during his 24th ODI hundred.

On the other hand, except hope, no one could play a big innings though Shimron Hetmyer (20), Darren Bravo (40) got good start but failed to convert those starts in big ones. Towards the end of the innings, Ashley Nurse (25 not out of 8 balls) came all gun blazing and helped Windies to score 360 runs. During the innings, Windies hit 23 sixes, setting world record for the most sixes by any team in an ODI innings.

Chasing a huge total of 361 runs, the visitors got off to a flying start as Roy and Jonny Bairstow added 91 runs for the opening stand. Jason Holder dismissed Bairstow for 34 runs. Joe Root and captain Eoin Morgan (65) chipped in with the bat to make Windies' bowlers a mockery.

Root and Roy stitched together a partnership of 114 runs for the second wicket, helping their team to get past 200 runs mark.

Test captain Root and Morgan made a mockery of what had appeared to be a stiff chase. While both batsmen departed before the game was sealed – Root hit a full toss to mid-wicket with the scores level – their 116-run third-wicket partnership went a long way towards England starting the series with a win.