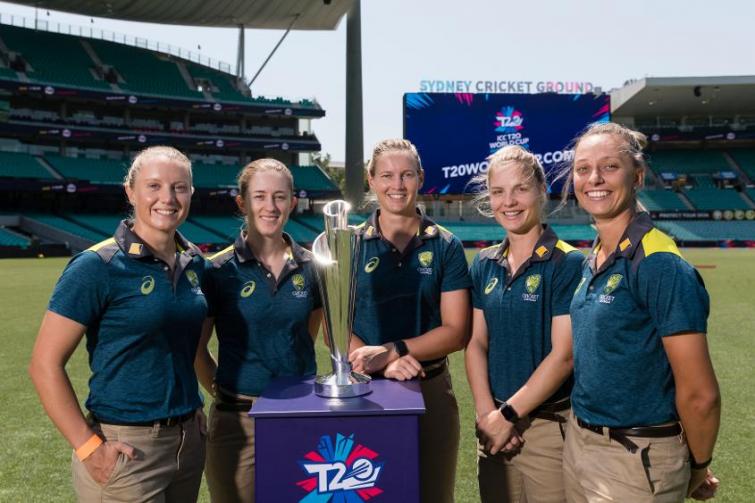 Fans can get their tickets to all 23 women’s matches, including the final, at the official tournament website, t20worldcup.com.

The seventh edition of the global showpiece event for women’s T20 cricket will take place across Australia from 21 February – 8 March 2020, starting with a spectacular opening when defending champions and hosts Australia take on India under lights at Sydney Showground Stadium on Friday 21 February 2020.

The women’s final will be played at the MCG on 8 March 2020, International Women’s Day, presenting a ground-breaking opportunity to set a new world record for attendance at a women’s sporting fixture.

ICC Women’s T20 World Cup matches will be played at eight venues in six Host Cities across Australia, featuring the 10 best teams in the world.

The women’s tournament will feature action-packed festivals of cricket during the Group Stage, firstly in Perth (WACA Ground), followed by Canberra (Manuka Oval), Melbourne (Junction Oval) and Sydney (Sydney Showground Stadium), with five Group Stage matches to be played in each Host City.

Hosts Australia will feature in matches at both preparation hubs.

Tickets for warm-up matches are $10 for adults, and free for kids.

ICC T20 World Cup Australia 2020 Local Organising Committee CEO Nick Hockley said: “World Cups do not come around very often, and 2020 is a year when fans across Australia and around the world can be part of not just one, but two World Cups, starting with the ICC Women's T20 World Cup which is now only a year away.

“We have made sure that tickets to all matches are accessibly priced, so that families and friends can join together and experience this once-in-a-generation event," Nick said.

“With its world class venues, wonderful host cities, its passionate, knowledgeable and diverse fans, the standalone Women’s T20 World Cup is a unique opportunity for Australia to set a new benchmark on the global stage. We encourage everyone to get their tickets early and be part of it," said Nick.

ICC Chief Executive David Richardson added: “With just a year to go until we embark on our most ambitious ICC Women’s T20 World Cup, I am delighted to see tickets going on-sale to the public at such accessible prices. ICC events play an important part in growing our game and inspiring the next generation of players and fans around the world."

“I am particularly excited by the prospect of the final being held at the MCG in front of 92,000 fans and I know the Australian public, with their love of cricket will turn out in force to see the world’s best players go head to head and break a world record in the process.”

Tickets for the women’s warm-up matches are $10 each, while all kids’ tickets to matches at the preparation hubs are free, said ICC in a statement.