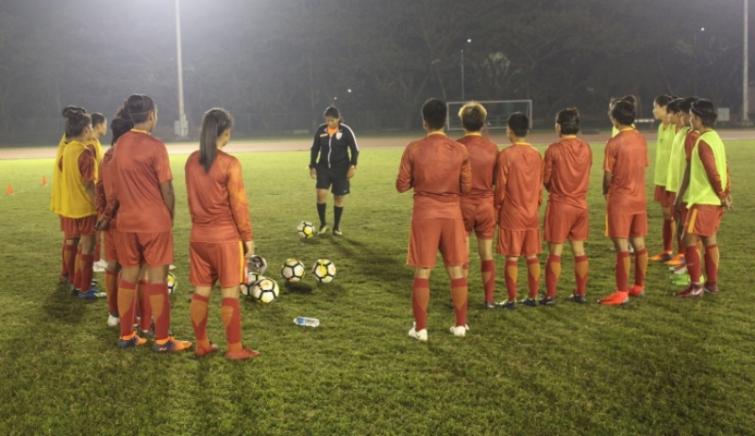 New Delhi, Feb 16 (IBNS): The Indian Senior Women’s Team will be embarking on an exposure tour to Turkey where they will be playing in the Turkish Women’s Cup from February 27, 2019 onwards.

India have been clubbed with Romania, Uzbekistan and Turkmenistan in Group A, while France (B), Jordan, Northern Ireland, and hosts Turkey make up Group B.


Every team will play each other in the group once with the group-toppers making it to the final. There will also be matches for the 3rd and the 4thslot, the 5th and the 6th slot, and the 7th and the 8th places.

The tournament is part of the Indian Women’s Team preparation for the AFC Olympic Qualifiers Round 2 (in April) and also the SAFF Women’s Championship scheduled in March.

Since January, the girls have played 7 International matches which includes their exposure tours to Hong Kong and Indonesia, and the Hero Gold Cup in Bhubaneswar.

All India Football Federation General Secretary Mr. Kushal Das said that the aim is to “provide a foolproofpreparation” for the Women’s Senior Team ahead of the Olympic Qualifiers Round 2.

“We are committed to provide the best of exposure to the Senior Women’s Team. The experience of playing against stronger Teams will serve them in good stead prior to the SAFF Championship, and obviously the Olympic Qualifiers,” he said. “I need to thank the SAI and the MYAS for their support,” Mr. Das added.

“The girls have already played in 7 International matches since January. At the Turkish Women’s Gold Cup, we are guaranteed of another 4 matches. The tournament will further help to assess the areas we need to stress upon in the Olympic qualifiers, and also in the SAFF Championship,” he maintained.

The squad will leave the Indian shores on February 20 and play their first match against Uzbekistan on February 27.

India’s fixtures for the Turkish Women’s Cup 2019 is as follows: