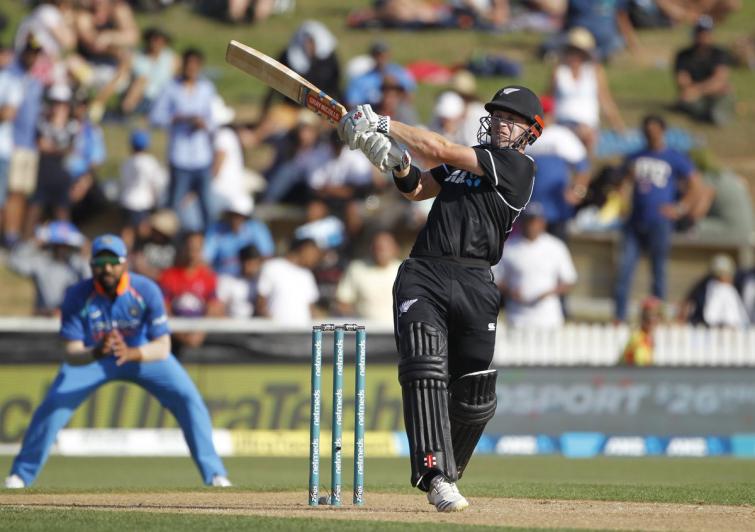 India get crushed by NZ in fourth ODI by 8 wickets

Hamilton, Jan 31 (IBNS): India were crushed by New Zealand in the fourth ODI match by eight wickets at Seddon Park here on Thursday.

Ross Taylor and Henry Nicholls guided New Zealand to victory with their unbeaten innings of 37 and 30.

However, none of the Indian batsmen could resist the superb bowling by the Kiwis.

Yuzvendra Chahal (18), Hardik Pandya (16), Kuldeep Yadav (15) and Shikhar Dhawan (13) only had double-digit scores against their names.

Winning the first three matches, India had taken an unbeatable 3-0 lead in the five-match series. After the loss, India now lead the series 3-1.

Sharma led India in absence of regular skipper Virat Kohli, who has been rested for the rest of the series.

Shubman Gill made debut for India on Thursday. He was handed over the blue cap by senior cricketer Mahendra Singh Dhoni. However, Gill could only score nine runs.