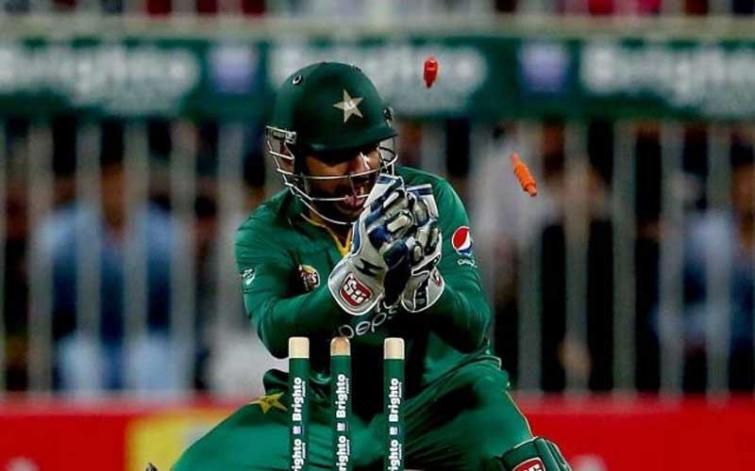 Islamabad, Jan 28 (IBNS): The Pakistan Cricket Board has expressed its disappointment over the International Cricket Council's decision of suspending captain Sarfaraz Ahmed for four matches for his racist remarks towards South African all-rounder Andile Phehlukwayo in the second ODI between South Africa and Pakistan.

In s statement, the Pakistan Cricket Board said: "The PCB notes the ICC decision on Sarfaraz Ahmed with its utmost disappointment. PCB had anticipated that the matter had been resolved amicably between the two players and the two Boards following Sarafraz Ahmed’s public apologies which were accepted by the player, the Board and South Africa cricket team."

"The PCB will be pursuing this matter at the ICC forums with the objective to bring reforms to the Code, promoting amicable resolutions to issues as opposed to penalties. Having said that, the PCB reiterates its zero-tolerance approach towards racist comments and behavior," it said.

Senior cricketer Shoaib Malik will be captaining the national side for the remaining ODIs and T20 internationals of the series.

Mohammad Rizwan has been included in the T20I side.

Sarfaraz Ahmed has been suspended for four matches after accepting that he was in breach of the ICC’s Anti-Racism Code for Participants following an incident that occurred during the second ODI against South Africa in Durban on Tuesday.

Sarfaraz aimed a comment at South Africa all-rounder Andile Phehlukwayo which resulted in Sarfaraz being charged with an offence under the Code.

“Engaging in any conduct (whether through the use of language, gestures or otherwise) which is likely to offend, insult, humiliate, intimidate, threaten, disparage or vilify any reasonable person in the position of a Player, Player Support Personnel, Umpire, Match Referee, Umpire Support Personnel or any other person (including a spectator) on the basis of their race, religion, culture, colour, descent, national or ethnic origin,” the code states.

As per Article 7.3 of the Anti-Racism Code, Sarfaraz will also have to undergo an education programme to promote the understanding and awareness of issues directly relevant to the offence that he has committed. The ICC will work with the PCB to determine when and how this should take place.

The incident was initially reported by Ranjan Madugalle of the Emirates Elite Panel of ICC Match Referees after he conducted initial investigations and spoke to both players after the match.

Following a further investigation, the ICC General Counsel, Iain Higgins, then determined that the player had a case to answer under the Code, and the player was issued with a charge notice on Jan 26.

ICC Chief Executive David Richardson said: “The ICC has a zero-tolerance policy towards conduct of this nature. Sarfaraz has promptly admitted the offence, was regretful of his actions and has issued a public apology, so these factors were taken into account when determining an appropriate sanction.”

"We forgive him because he said sorry," du Plessis was quoted as saying by Espncricinfo website.

"He has apologised and taken responsibility for it. It is out of our hands and ICC will have to deal with it now," the skipper said.

South Africa beat Pakistan in the second ODI match of the tournament.

According to Dawn News report, as South African batsman Andile Phehlukwayo got lucky despite playing a risky shot, a stump mic picked up Sarfraz saying: "Hey black [man], where is your mother sitting? What prayer did you get her to say for you today?" (Abay kaalay, teri ammi aaj kahan baitheen hain? Kya parhwa ke aya hai aaj tu?).

As his on-field activity triggered a controversy, Sarfaraz was quick in apologising for his remarks.

"I wish to extend my sincere apologies to any person who may have taken offence from my expression of frustration which was unfortunately caught by the stump mic during yesterday's game against SA. My words were not directed towards anyone in particular and," he tweeted.

The cricketer said: " I certainly had no intention of upsetting anyone. I did not even mean for my words to be heard, understood or communicated to the opposing team or the cricket fans. I have in the past and will continue in future to appreciate the camaraderie of my fellow cricketers from across the globe and will always respect and honour them on and off the field."