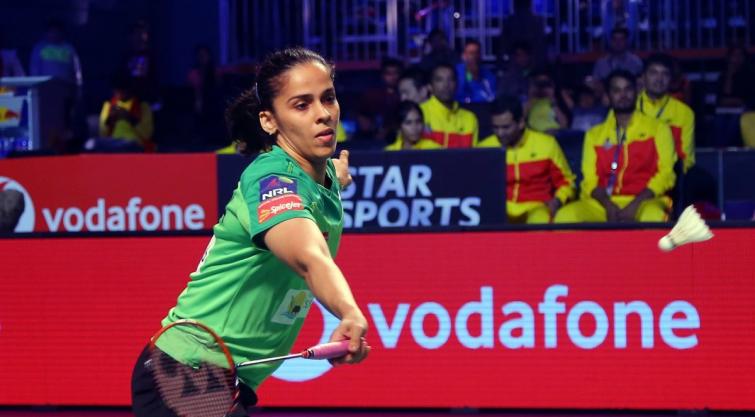 She pulled out of the final clash due to injury.

An emotional grand finale at the #DaihatsuIndonesiaMasters: leading 10-4 in the game1 @CarolinaMarin incurred a knee injury following an awkward leap rendering her unable to continue as @NSaina lifted her 5th title. ðŸ‘#IndiaontheRise pic.twitter.com/i96Us5z4vE

Marin, the reigning Olympic champion and three-time world champion, was injured when she twisted her right knee during the first game of the match.

The Spanish shuttler was leading 10-4 but after she felt discomfort following the injury, she was forced to quit the game.

Saina was a runner-up in the 2018 edition of the tournament.