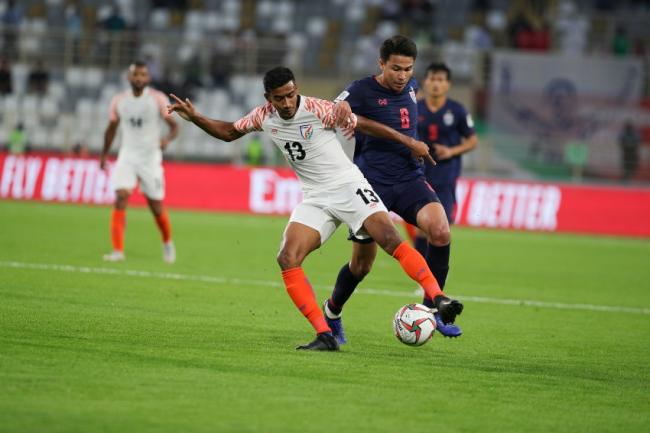 It was a huge lesson as far as decision making was concerned: Kuruniyan

Ashique Kuruniyan who started in all of India’s three matches in the AFC Asian Cup UAE 2019 as Sunil Chhetri’s striking partner upfront says it was a “huge lesson” for all the players as far as decision making on the field is concerned. In an interview, Kuruniyan looked back at India’s campaign, the lessons learnt, the plan forward and much more. Exceprts:

How big a learning experience was it playing in the AFC Asian Cup UAE 2019?

It was a big tournament for all of us. The experience of playing in it was incredible. I was fortunate enough to play in all three matches and it has added to my confidence. We got to play against some of the best players in the continent. It was a huge lesson for all of us as far as decision making in the match was concerned.

Which was the toughest match in your opinion?

I feel it was the last match against Bahrain. We had fewer chances to score and the opponents were playing a direct style of football. They were quite physical and were winning almost all the second balls. It was a tough outing for us.

How do you think competing at the Asian Cup will help you in the future?

The difficulty level was naturally high and all three matches were against difficult opposition. The experience of playing in such a high-quality tournament was amazing. I feel my game has improved after this challenge and now, we have to take it forward from here.

How would you rate your performance in the tournament, especially since you played as a striker?

I feel privileged that I started in all the three matches. It was a high-octane environment, and there was a lot riding on our performance. There were naturally a lot of expectations, and there was the pressure that comes with playing for the senior team.

Playing as a striker was a tough challenge but I am buoyed by the fact that I gave my 100% on the field. There is always room for improvement and now I have to continue to work on my game.

What's your next target with the Blue Tigers?

My next target is to get selected for the India U-23 team – first for the Camp, and then in the final list of 23. The AFC U-23 Championship qualifiers are coming up, and we need to work on that.