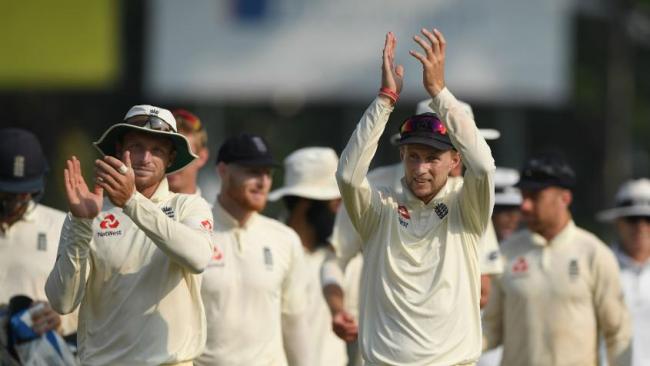 Dubai, Jan 21 (IBNS): England will have to win their upcoming three-match series against the Windies in order to retain their third position on the MRF Tyres ICC Test Team Rankings.

England will have to win their upcoming three-match series against the Windies starting on Wednesday in order to retain third position in the MRF Tyres ICC Test Team Rankings while Australia and Sri Lanka will vie for important points in their two-match series starting a day later.

England’s challenge starts in Bridgetown with the Joe Root-led side knowing they have to win by at least a 1-0 margin to remain ahead of fourth-ranked New Zealand. A series victory will keep England ahead of New Zealand (107) on decimal points while a drawn series will see them drop to fourth position and 105 points.

A 3-0 sweep will lift England to 109 points but they will remain behind India and South Africa, while the Windies will remain in eighth position irrespective of how the matches pans out.

In the other series starting on Thursday, Australia and Sri Lanka will remain in fifth and sixth positions, respectively, whatever the series result. Australia will gain three points and go up to 104 if they win 2-0 with Sri Lanka losing two and going down to 89 in such a scenario. Sri Lanka can go up to 95 points and to within two points of Australia with a 2-0 series win.

In the MRF Tyres ICC Test Player Rankings, second-ranked England fast bowler James Anderson would be looking to overtake South Africa’s Kagiso Rabada, with only eight points separating them while captain Joe Root will be the top-ranked batsman for the visiting side. For the Windies, Roston Chase (43rd) will the leading batsman in terms of rankings and captain Jason Holder (10th) the leading bowler.

For Australia, the fast bowling pair of Pat Cummins (fourth) and Josh Hazlewood (11th) among bowlers and Usman Khawana (12th) among batsmen will be the ones fancying their chances of moving up high on the rankings. Sri Lanka captain Dinesh Chandimal (16th) will be the top-ranked batsman for the visiting side in the absence of Angelo Mathews while Dilruwan Perera (26th) will be their top bowler.