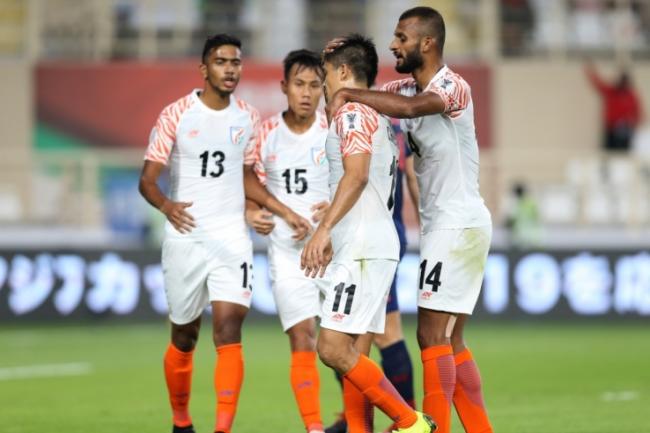 Chhetri prefers to walk backstage after victory against Thailand

“I can think about my goals some ten years later,” he maintained post-match. “At the moment, we need to focus. The goals need to come and it just doesn’t matter who scores,” he stated.

“You can see the jubilation and happiness whenever someone scores. I am so happy for the boys. Every one of them ran and defended for their lives.”

“It’s a tough pool when we started thinking, we felt that all the others were more experienced and better than us. But the manner the boys fought, it shows a lot of character. I have said this before, we are a very difficult team to play against,” he maintained.

“We may not be the most technical team but we will fight till the end, and that’s what the boys showed.

Despite the convincing victory, Chhetri was all praise for the passing abilities of the Thai team. “They were very good with the ball. We saw that in the first half. We knew that if we allowed them space they would just be passing around the whole park and we may not even touch the ball. So we stayed close. The goals came in the right times and it helped a lot.”