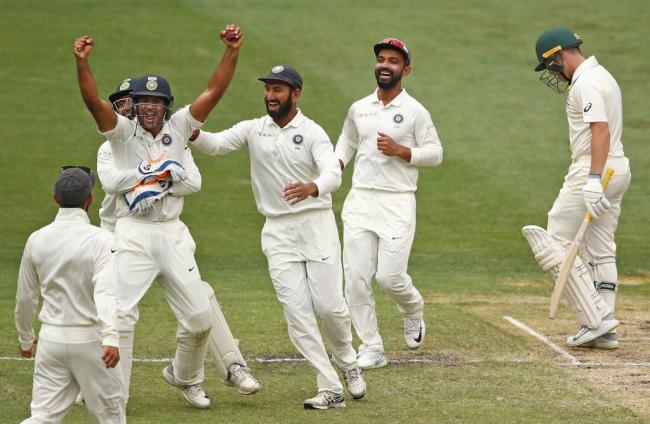 Melbourne, Dec 29 (IBNS): Pat Cummins showed his skills as a batsman as Australia ended the day at 258 runs for the loss of eight wickets at the end of the fourth day of the third Test match against India here on Saturday.

India are already on the driver's seat in the clash between two top teams of world cricket as the home side just need two wickets on the final day to win the match.

Australia is trying to score 399 runs for winning the match after India declared their second innings at 106 runs for the loss of eight wickets.

Despite poor show by remaining of the batting lineup, Cummins remained the only bright spot in the homeside as he scored unbeaten 61 runs. He hit five boundaries and a six in his innings.

Ravindra Jadeja has picked up three wickets for India.

India and Australia are currently 1-1 levelled in the series.

Pat and Nathan Lyon (6*) are currently at the crease and will continue the proceedings on Saturday.