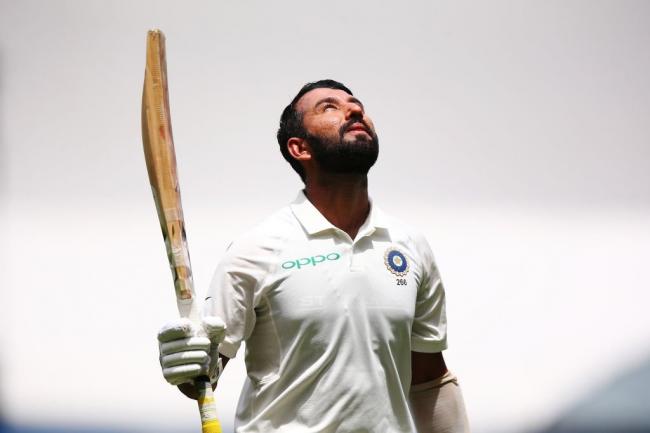 Melbourne, Dec 27 (IBNS): Cheteshwar Pujara scored yet another hundred in the ongoing competition against Australia as India are ahead of the hosts by 435 runs at stumps on day 2 of the third Test match at Melbourne Cricket Stadium here on Thursday.

Adding to the overnight score, India made 443/7 when skipper Virat Kohli declared his team's innings.

Pujara scored 106 while Kohli missed a century as he was dismissed at 82.

Rohit Sharma, who came out to bat at number six, remained not out at 63.

In reply, Australia came out to bat and finished the day's play scoring eight runs for the loss of no wicket.

Marcus Harris and Aaron Finch are at the crease scoring five and three runs respectively.