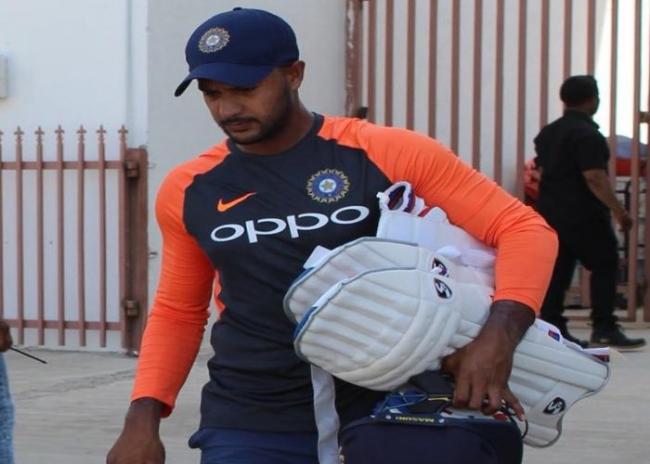 Mayank Agarwal to make debut for India in Melbourne Test

Melbourne, Dec 25 (IBNS): India are certainly looking for a new opening pair in the boxing day Test match against Australia in the ongoing bilateral competition.

In the third match, which is beginning on Wednesday, India dropped both the regular openers, KL Rahul and Murali Vijay, and fast bowler Umesh Yadav.

Mayank Agarwal and Ravindra Jadeja have been included in the playing XI. Rohit Sharma is coming to the team after recovering from injury.

Agarwal will be making his Test debut in the match.

After winning the first match, India were defeated by Australia in Perth.

Indian batting order so far failed to succeed largely in both the matches expect skipper Virat Kohli and Cheteshwar Pujara, who have scored hundreds in the ongoing series.

The series is now levelled 1-1.