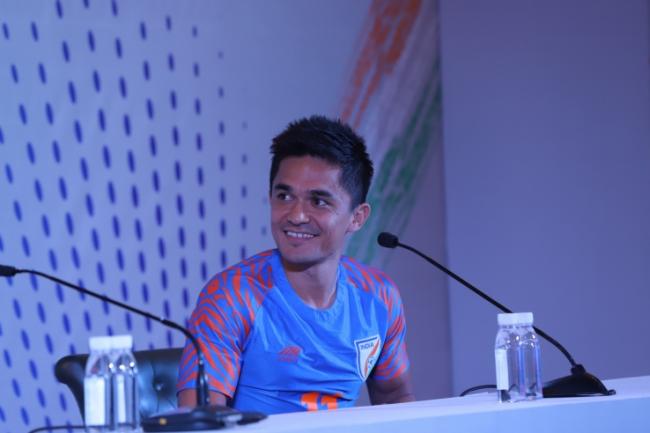 “There are many players who have been doing well recently. But for me, Sunil sets the best example. He has done so well consistently over the past few years. He may not be growing younger, but most significantly, he’s not just there to support. He is there to lead by example,” he maintained.

Renedy, best remembered for his accurate crosses from the flanks and his dead ball exploits, also certified that “Sunil is at the stage of his career where he can take up that mantle.”

“It’s good to see that Sunil has improved as a dead-ball player. Back in our days, he never used to take free-kicks -- it was either me or Steven Dias,” he recollected. “But then one fine day, he walked up to me and said, ‘Renedy-bhai, you can’t take both free-kicks and penalties. I want to chip in too,” Renedy smiled. “So we decided that Sunil will take penalties, and we would continue taking the free-kicks.”

“But he didn’t stay content with the penalties. Rather, he improved himself as a free-kick taker. In fact, he has scored from many free-kicks since then,” Renedy stated. “Just outside the box, Sunil has been deadly. A bit further down, I think (Anirudh) Thapa and Narayan Das are pretty good with the dead ball too,” opined Renedy.

“You have the others around Sunil to support him – the likes of Gurpreet, Sandesh, and Jeje are the senior players who should lead by example. Then the younger lot will also follow.”

“The Asian Cup is a huge platform and there’s always something to learn from these matches. Play your heart out because such opportunities don’t each and every day,” he pronounced.