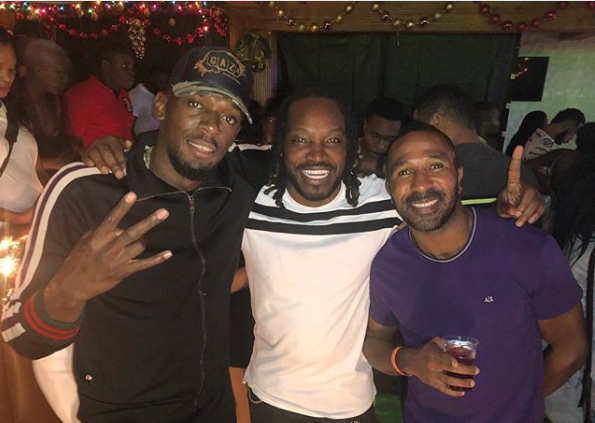 New York, Dec 22 (IBNS): Cricketer Chris Gayle, who is known for playing some thrilling innings in international cricket, had a special friend when he was partying recently.

The party friend was none other than Olympic legend Usain Bolt.

Gayle posted an image on his Instagram page where he could be seen enjoying the moment with Bolt and retired Jamaican footballer Ricardo Fuller.

Bolt and Fuller represented Jamaica in athletics and football respectively.

He plays T20 tournaments across the globe now.