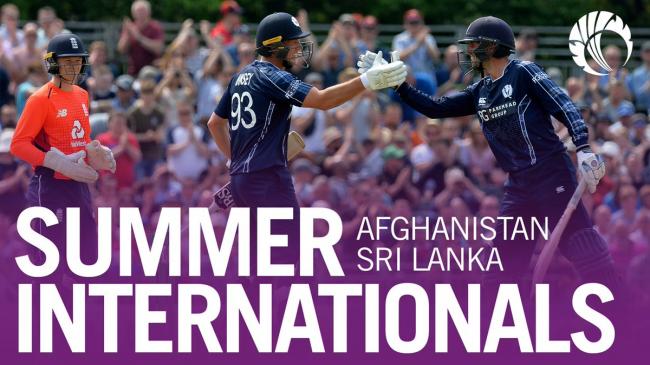 Afghanistan to visit Scotland to play two ODIs in May

Edinburg, Dec 19 (IBNS): Afghanistan will visit Scotland as part of next year’s Summer Internationals and will play the men’s international side on May 8 and 10 in Edinburgh at the Grange.

Afghanistan, who were granted Full ICC membership in 2017, last visited Scotland in July 2016 for two One Day Internationals at the Grange, Cricket Scotland website said.

In their last encounter earlier this year at the ICC World Cup Qualifier in Zimbabwe, Scotland recorded one of their most professional performances in a thrilling 7 wicket victory.

Having bowled out Afghanistan for 255, a brilliant century from Calum Macleod (157*) was complimented by a fine innings from Richie Berrington (67*) to guide Scotland to a stunning victory in the first match of their qualifiers.

Acting head coach Toby Bailey commented “Our win versus Afghanistan earlier this year was for me the highlight of 2018, as we played them at their own game. It was very pleasing to watch the team manage their world-class spin attack with the skills we had been developing throughout the winter.”

Commenting on next year’s international fixtures, Cricket Scotland CEO Malcolm Cannon said “It is fantastic to have attracted two Full Members for our Summer Internationals and we are delighted to be playing Afghanistan in May.”

He added “With our quadrangular series in February and the new ICC Cricket World Cup League 2 starting in July, 2019 looks set to be a busy year for the men’s international team.”