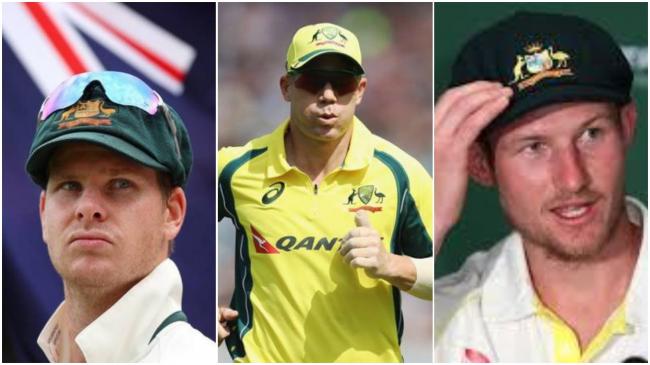 Melbourne, Nov 20 (IBNS): The Cricket Australia (CA) has refused to reduce the punishment of former Australian skipper Steve Smith, vice-captain David Warner and cricketer Cameron Bancroft, who were banned over the ball-tampering case.

Smith and Warner were banned for 12 months.
Cameron Bancroft, who was caught red-handed, was suspended for nine months.
Responding to the Australian Cricketers' Association (ACA) submission to amend the sanctions against the trio, CA Interim Chair Earl Eddings said: "The Cricket Australia Board has carefully considered all elements of the ACA submission and has determined that it is not appropriate to make any changes to the sanctions handed down to the three players.”


“The original decision of the Board to sanction the players was determined after rigorous discussion and consideration. CA maintains that both the length and nature of the sanctions remain an appropriate response in light of the considerable impact on the reputation of Australian cricket, here and abroad."

The ball-tampering row, which had rocked the Australian cricket, broke out early this year in South Africa. During the third Test match against the Proteas, Bancroft, who was caught by television cameras, was trying to rough up one side of the cricket ball.
Following the incident, Australia coach Darren Lehmann had stepped down. Smith was replaced by Tim Paine as the Australian skipper.
Australia will soon take on India at their own backyard in all formats of cricket over the next few months. India's tour will begin with the first T20I match against the Aussies on Wednesday.
Images of Smith, Warner: Facebook
Image of Bancroft: Wikipedia
Related Images