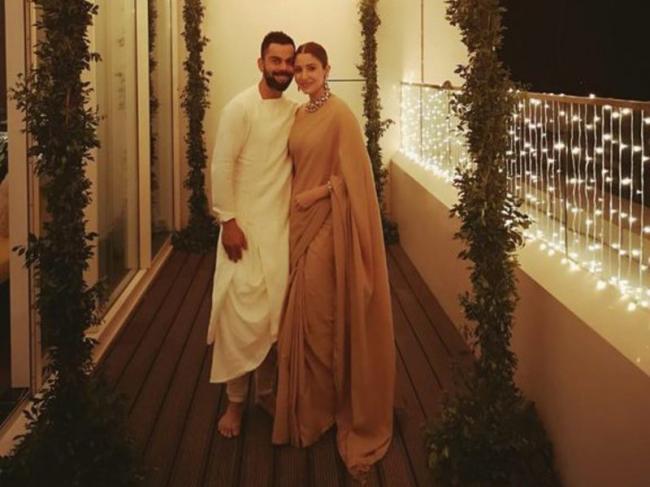 Mumbai, Nov 7 (IBNS): India's one of the celebrity couples, Virat Kohli and Anushka Sharma, on Wednesday shared a beautiful picture on social media on the occasion of festival Diwali.

Indian cricket captain Virat took to Twitter to share an image in which his wife and Hindi film actress Anushka could also be seen.

Both Virat and Anushka, who had probably clicked the picture at their own residence, could be seen in traditional attires. Standing in a well-decorated balcony with full of lights, the couple looks absolutely stunning.

Wishing everyone on Diwali, Virat said on Twitter, "A very happy and prosperous Diwali to everyone from our home. Wishing everyone peace, happiness and good health. God bless. @AnushkaSharma"

A very happy and prosperous Diwali to everyone from our home. Wishing everyone peace, happiness and good health. God bless. ðŸ™ðŸ˜‡â¤ @AnushkaSharma pic.twitter.com/fsQbXsNaSM

The couple got married in 2017 at Tuscany in Italy away from media glares.

Virat, who is presently at rest, will return to the Indian team in the overseas tour against Australia.

On the other hand, Anushka, who was last seen in Sui Dhaaga, is waiting for the release of her next project Zero, which will hit the big screens on Dec 21.