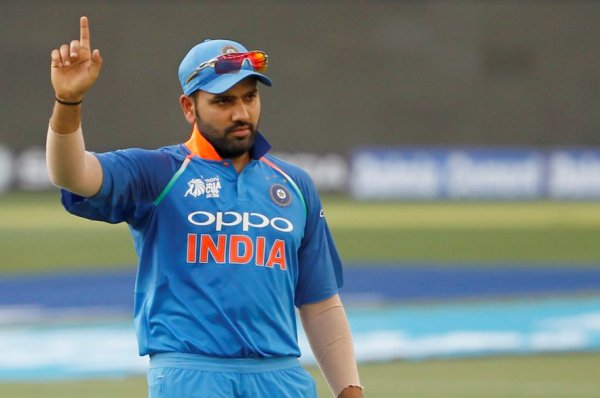 Sharma is now the first batsman with six 150-plus scores in ODIs.

Sharma hammered the 20th ODI century of his career on Sunday during the first match of the series against West Indies.

Sachin and David have five 150-plus scores to their names.

Rohit scored an unbeaten 152 runs in the match.

India defeated West Indies by eight wickets in the game.