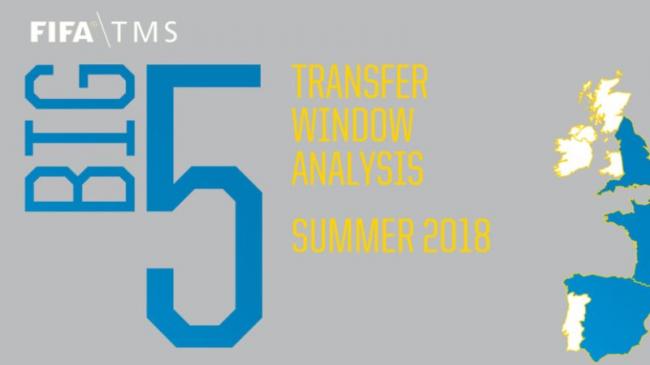 The report is a summary of activity in the International Transfer Matching System (ITMS) by clubs from England, France, Germany, Italy and Spain (“the Big 5”) during this year’s summer registration period, an official release stated.

The report also includes detailed information at association level including transfer types, origin and destination of transfers, the nationality and age of the players involved, and historical comparisons with past summer registration periods.

Key statistics on transfer activity from 1 June to 1 September 2018:

182 of the 211 FIFA member associations had their registration period open during this period.

8,401 international transfers were completed around the world, and global spending on transfer fees was USD 5.44 billion.

Clubs of the Big 5 accounted for 77.5 per cent of the global spending, having combined for a total of USD 4.21 billion.

Once again, England was the world‘s biggest spender during the period (USD 1.44 billion).