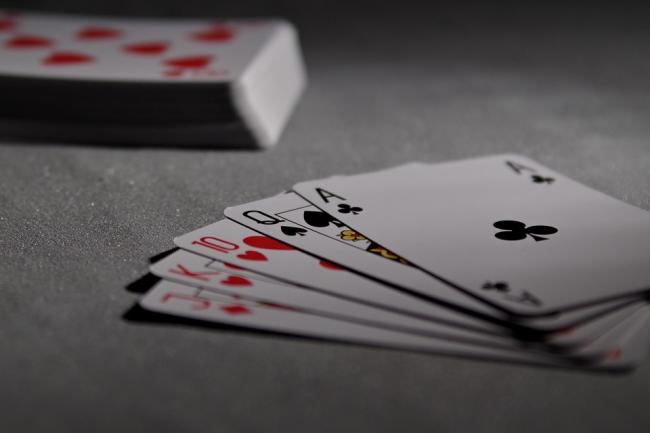 Kolkata, Sep 3 (IBNS) Their story is like a fairy tale as people shun them for playing cards and referred them as the Members of Baker (unemployed) Parliament but after winning gold medal at Jakarta the duo has become darling and on Monday they were accorded an  unprecedented hero's welcome on their arrival at the city airport.

Gold medalists pairs Pranab Bardhan and Shibnath Sarkar says their immediate focus is on next Olympics in 2020 where they are expecting the toughest competition at Bridge on earth in Tokyo.

India's 15th and the last Gold medal at Jakarta came when sixty-year-old Pranab Bardhan  and his 56-year-old partner Shibnath Sarkar clinched top position beating Chinese pair of Lixin Yang and Gang Chen in the finals at the debut sporting event.

The duo said they could not believe immediately as the winners of Gold medal when announced by the judges. They could understand their achievement when the  Indian supporters waved hands at them, said Pranab Bardhan.

He said barring supports from his family members  and  few card players "no body cares about the bridge, and even  many sports administrators in India,"

He said if the government and patrons come forward  he would set up a bridge academy near his home in southern  partof the city.

Fifty-six-year-old  Shibnath Sarkar, a resident  of Salkia in Howrah,  said, "We used to be called members of  bekar  (unemployed) parliament" as the local looked down at them while they played  cards under a tree near his home.

He said the playing bridge is one of the toughest game as you can not see your partner.

"You have to play cards by  your intuition and Pranab da is my  master," Sarkar added.

It may recalled that at fag end inclusion of the Bridge squad into the Indian contingent has proved huge beneficial to country's gold haul in the18th Asian Games
at Jakarta.

A former international bridge player Roy, who represented India in the World Championship, returned from Jakarta said their Bridge squad got approval from IOA into the Indian contingent barely two days before the departure.

India won bronze in Men's team and mixed team - six players each - in the debut sporting event at Jakarta.

Pranab Bardhan and Shibhnath Sarkar finished at the top after scoring 384 points in the finals. They beat Chinese pair of Lixin Yang and Gang Chen (378 points) and the Indonesian combination of Henky Lasut and Freddy Eddy Manoppo bagged the bronze scoring 374 here.

Dey said the gold medal will surely lure many young people to come into the sport, which has not much patronage in India due to poor publicity.

He said while many young men of late started playing bridge, but the number of women in India is few and far.

"It’s a game based on logic. It’s a mind game like chess, but more challenging. In chess, you play one against one. Here you are playing with your partner, with whom you can’t speak during the match. You have to know what I am thinking with my cards,” said Pranab Bardhan, who at 60 became India’s oldest Asian Games gold medal list.