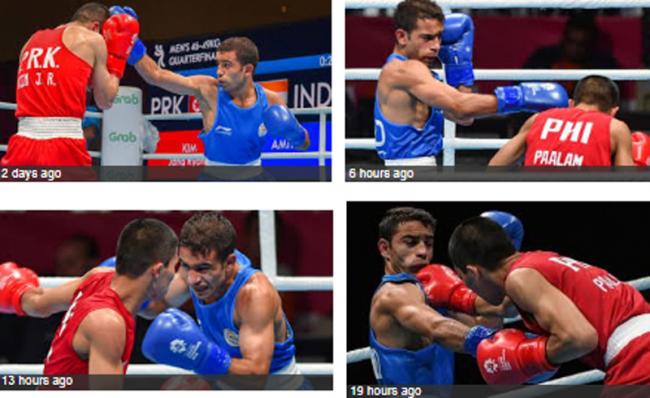 Jakarta, Sep 1 (IBNS) :  Pugilist Amit Panghal gave India its lone gold in boxing, winning in the 49 kg category against Olympic champion and World No 1 Hasanboy Dusmatov of Uzbekistan in the Asian Games on Saturday.

It was a sweet revenge for the 22-year-old Panghal as he had lost to Dusmatov in a close quarter-final contest in the Hamburg World Championships last year.

This was Panghal's debut in the Asian Games.

Amit was the lone Indian boxer to make the final in the ongoing edition.

In the semi-final, he had beaten Philippines’ Carlo Paalam in a split decision 3-2 verdict. The 22-year-old Armyman, had also won a silver medal at the Commonwealth Games earlier this year.