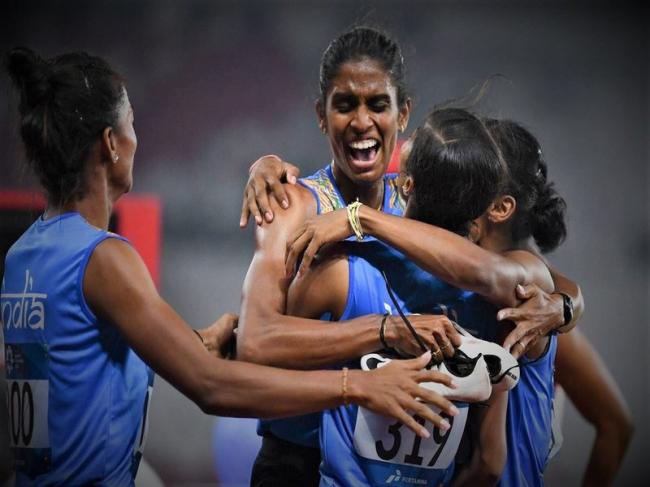 Seema Punia won a bronze medal in women's discus throw with an effort of 62.26 metres.

India are presently at the eighth position with 59 medals.