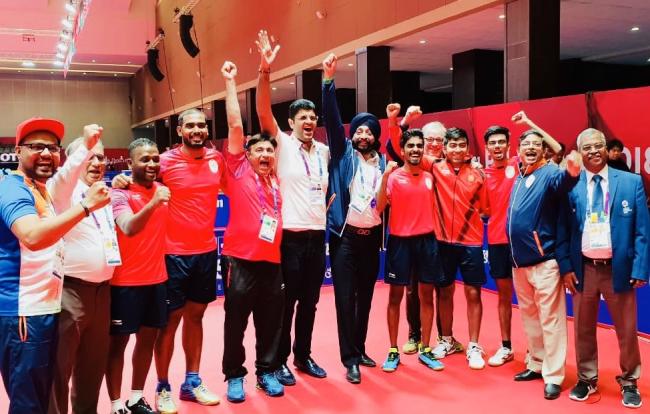 Jakarta, Aug 28 (IBNS): India won their first ever bronze medal in table tennis at the Asian Games 2018 on Tuesday.

Losing to Taiwan's Tai Tzu Ying in the badminton final, PV Sindhu settled for a silver medal on Tuesday.

This is the first silver won by India in badminton at the Asian Games.

After earning one bronze and three silver medals on Tuesday, India's tally of medals reached 45.