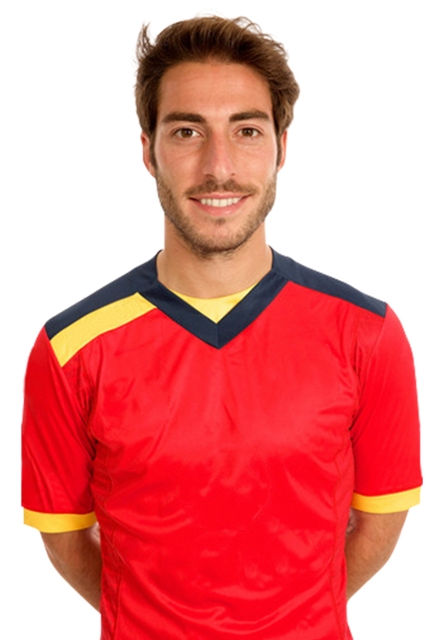 Palanca was a product of RCD Espanyol's youth ranks, playing for the first team & B-side in the 2006–07 season.

He made his La Liga debut in 2007 against Sevilla FC. He then spent one season at Real Madrid where he made his debut for Real Madrid in the El Classico against FC Barcelona, before moving on to CD Castellon for the 2009-10 season in the second division.

Palanca then signed a two-year contract with Elche CF and subsequently moved on to CD Numancia where he had a successful stint for one-and-a-half seasons in the second tier.

He has also gone on to represent Australian club Adelaide United FC in the A-league, Gimnàstic de Tarragona in Spain and spells in Poland and Cyprus, before being roped in by the Gaurs.

Miguel Palanca expressed his delight after putting pen to paper on a new contract. “I am extremely delighted to be signing for FC Goa. The club’s past record in the league and the players who are already there along with the overall project are what attracted me the most and I can’t wait to get started in the ISL.”

Sergio Lobera was equally delighted with his new foreign acquisition. “Palanca is a very experienced player. He can play in many positions, and not only has great dribbling skills but also knows how to finish. He can play in any position at the front, and I think that he will greatly augment the team’s efforts, since only 5 foreigners are allowed on the pitch, it’s good to have a player with these characteristics. He has played alongside Coro in the past, and I think he'll be a key player in order to achieve our goals.”