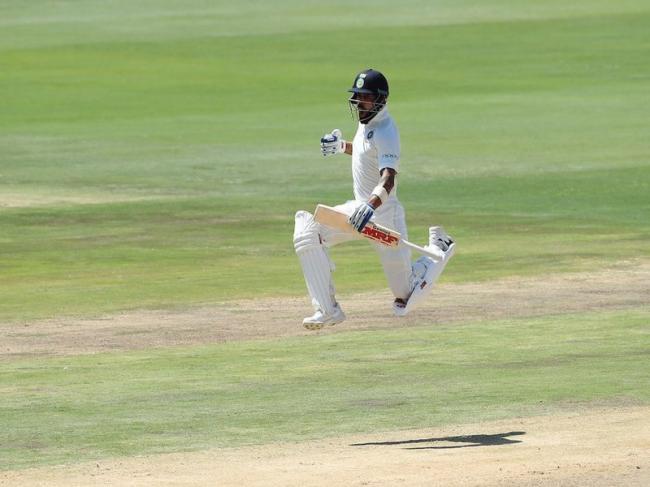 Birmingham, Aug 2 (IBNS): A spectacular single-handed batting performance by skipper Virat Kohli has rescued India from a humiliating first innings total in the opening Test match against England at Edgbaston here on Thursday.

India had started off well with a 50-run partnership by Murali Vijay and Shikhar Dhawan but the dismissals of both the batsmen made the Indian batting order look vulnerable in front of the English bowlers.

After the dismissals of Vijay (20) and Dhawan (26), India were quickly reduced to 100/5 when wicket keeper batsman Dinesh Karthik went out for a duck.

When Kohli was losing his partners at regular intervals, it was all-rounder Hardik Pandya who tried to turn the tide with his 52-ball 22 runs innings, a very unlikely batting for the aggressive right-handed batsman.

Though the fall of the Indian wickets was irresistible, Kohli continued his battle to earn a century in the English soil.

Ignoring the early dropped chance, Kohli mastered the English bowling by hitting 22 boundaries and one six while most importantly survived 225 balls.

English bowler Sam Curran was on fire as he picked four wickets conceding 74 runs in 17 overs. James Anderson, Adil Rashid and Benstokes played the supporting roles by picking two wickets each to bowl out India on the second day of the match.

After trailing England by 13 runs in the second innings, Indian spin bowler Ravichandran Ashwin did hurt the hosts early by sending Alastair Cook back to the change room for zero.

At the stumps, England were having a slight edge over India with a lead of 22 runs. England scored 9/1 in the second innings so far and Keaton Jennings is at the crease scoring five runs.