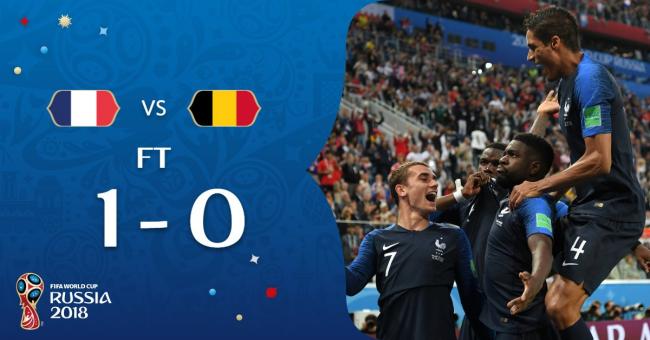 St. Petersburg, July 11 (IBNS): A header by  Samuel Umtiti in the 51st minute of the game steered France to the final of the ongoing World Cup as Belgium's hope of clinching their maiden title was shattered on Tuesday.

In the final, France will face the winner of the clash between England and   Croatia.

While the first half went goalless, Umtiti’s near-post header from an Antoine Griezmann corner settled the matter in the second half of the game as France won the match 1-0.

This will be the third final For France.

In 2006, France were defeated by Italy, missing an oppurtunity to clinch their second title.

Belgium impressed spectators across the globe with their electrifying performance this tournament.

However, the semi-final remained a sad tale for the side which displayed high spirit and confidence since the beginning of the tournament last month.

The other semi-final will be played in Moscow on Wednesday.

The final clash will be held at the same venue on Sunday.