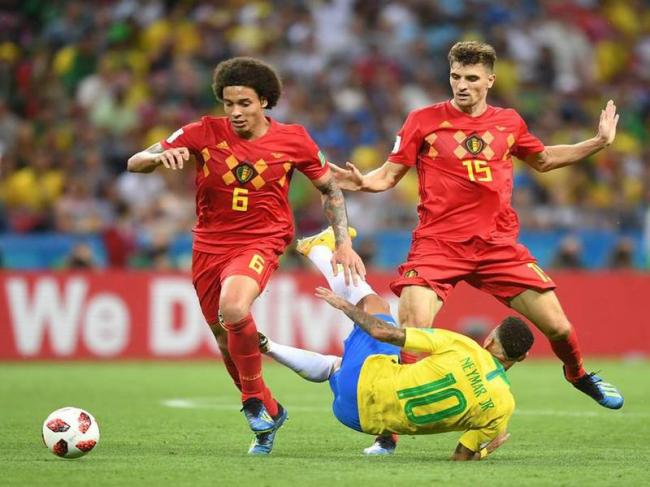 Tijuana, July 9 (IBNS): More than with the performance in the FIFA World Cup 2018, Brazilian football sensation Neymar has grabbed attention both in real and virtual worlds with his alleged playacts.

In a recent incident, a Mexican league took all the spectators by surprise by holding #NeymarChallenge at the half time.

#NeymarChallenge is nothing but an imitation of Neymar's on-field rolling and diving, which were evident in this year's World Cup.

Club Tijuana reportedly turned #NeymarChallenge into a competition in the Mexican league.

In the competition, some could be seen rolling on ground while others trying hard to imitate Neymar.

A glimpse of the competition can be viewed in the post shared by Twitter user Francisco Velasco.

Neymar's Brazil had an encounter with Mexico in the pre-quarter final match where the 26-year old footballer was seen suffering from a leg injury, which was alleged to have been a playact by social media users.

A video of the incident was shared by Marcus Gilmer on Twitter. He captioned the video saying, "The Neymar Drama as it unfolded. #NeverForget"

The Neymar Drama as it unfolded. #NeverForget pic.twitter.com/qfUPOPb3VC

In several matches of the World Cup, Neymar was seen tumbling down in the course of the game, invoking laughter on social media.

Shazeen Samad shared a video where a rat could be seen imitating Neymar's act.

"Best" is what Shazeen commented.

Twitter handle with username Husskayy posted a video with a caption, "This had me dying #NeymarChallenge"

Inder Sohal tweeted a video saying, "This one is so funny #NeymarRolling #NeymarChallenge"

Though Brazil had defeated Mexico in the pre-quarter final match 2-0 but their World Cup journey came to an end against Belgium on Friday.

Neymar, on whom odds were high in this World Cup, failed to show his magic in the entire tournament.

The former Barcelona player could only manage to score couple of goals in five appearances for his national team in the mega tournament.