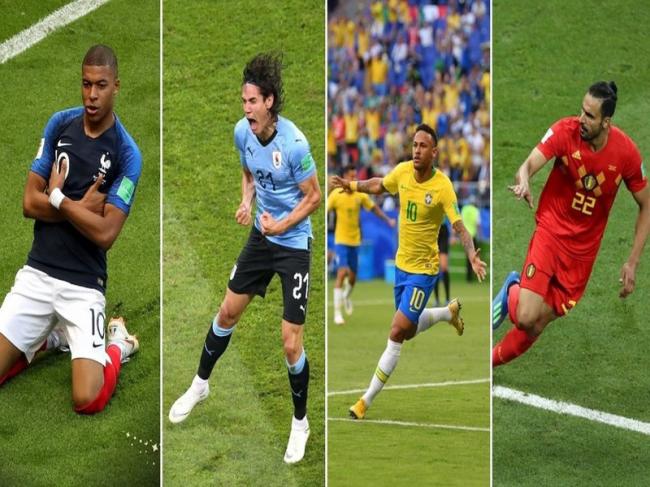 Nizhny Novgorod/Kazan, Jul 6 (IBNS): The quarter-final battle of the FIFA World Cup 2018 will begin on Friday with a double-header.

The first match will be played between France and Uruguay while Brazil and Belgium will face-off in the second sporting encounter of the day.

France had outplayed Argentina in the pre-quarter-final match, winning it 4-3.

The star of match was Kylian Mbappe, whose brace not only saved the day for his country, but also ended up equaling a record set by legend Pele five decades ago.

Both Pele and Mbappe now hold the record for scoring at least two goals in a World Cup match while being a teenager.

For Uruguay, the player to be watched out for will be Edinson Cavani, who scored two stunning goals against Portugal to help his team win the pre-quarter-final match.

Brazil will look to continue their winning momentum as they are yet to lose a match in the tournament (3 wins, one draw).

Belgium had outclassed Japan 3-2 in a highly competitive pre-quarter-final match.