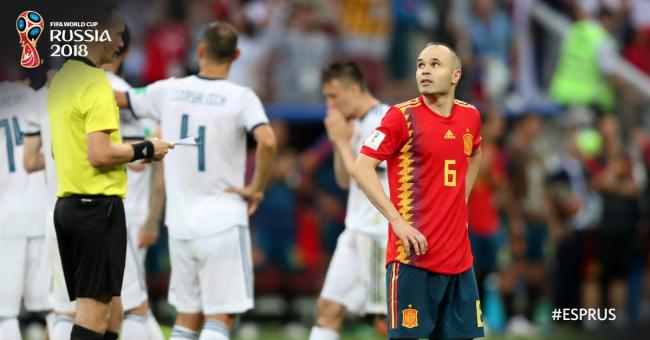 Moscow, July 1 (IBNS): The ongoing World Cup witnessed another shocking upset when Russia defeated 2010 champions Spain in the last 16 stage of the tournament here on Sunday.

It took penalty shootout to decide the fate of the game where Russia overcame one of the tournament favourites to reach the next round.
The match was locked 1-1 in normal and extra time.

Ignashevich gave Spain early lead in the match but it was Russia's Dzyuba who scored the equaliser and leveled the scoreline.

He scored the equaliser via a penalty.

Both the side competed hard in the regulation time to ensure a victory but failed.

In the shootout, Russia won the clash 3-4.