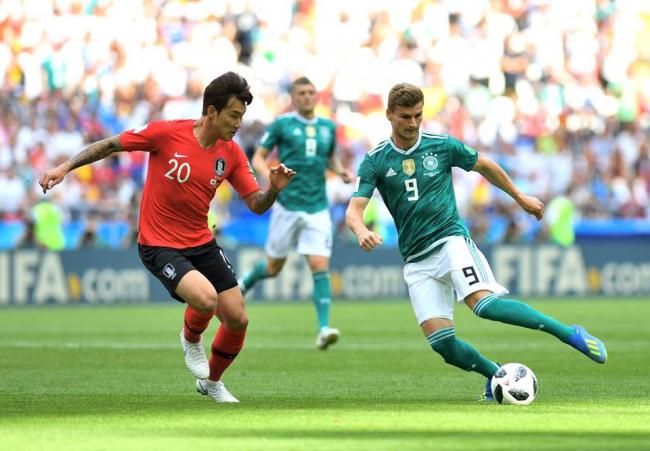 Kazan, Jun 27 (IBNS): Defending champions Germany crashed out of the FIFA World Cup 2018 after losing their last Group F match to South Korea at the Kazan Arena here on Wednesday.

The two goals were scored by Kim Young-gwon  and Son Heung-min during the injury time in the second half of the match.

Germany had to win the match to qualify for the next round of the tournament.