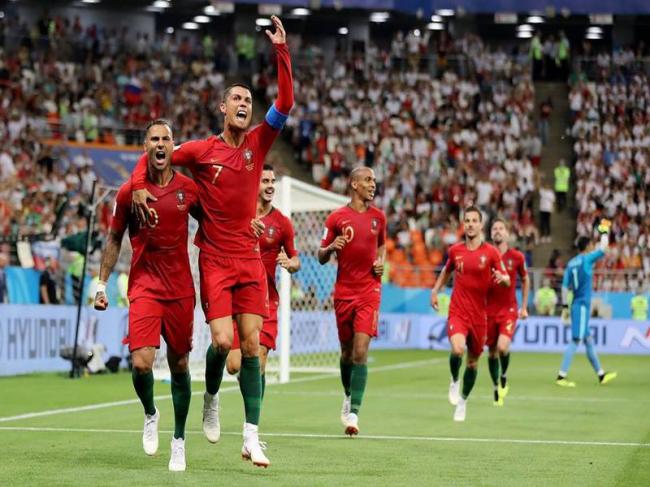 Saransk, Jun 26 (IBNS): Portugal entered the last 16 of the FIFA World Cup 2018 after they drew a Group B match against Iran at the Mordova Arena here on Monday.

Ricardo Quaresma scored the only goal for Portugal at the 45th minute of the match.

The goal was compensated by Iran's Karim Ansarifard during the injury time of the second half.

Portugal star Cristiano Ronaldo missed a penalty on Monday, failing to earn a win for his team.

Along with Portugal, Spain entered the last 16 of the tournament from Group B.