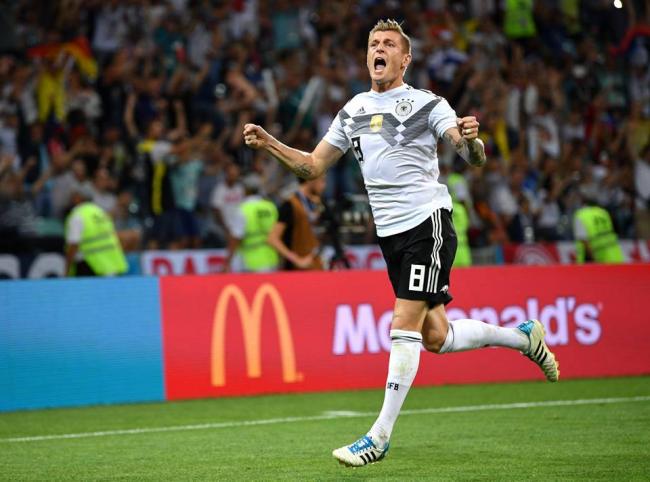 Sochi, Jun 23 (IBNS): Germany made a strong come back in the FIFA World Cup 2018 by beating Sweden in a Group F match of the tournament at the Fisht Stadium here on Saturday.

This is the first win of Germany in the tournament.

After trailing by a goal in the first half, the Germans came back in the next 45 minutes by hitting the net twice.

The two goals of Germany were scored by Marco Reus and Toni Kroos at the 48th and 90+5 minutes respectively.

Sweden's lone goal was scored by Ola Toivonen at the 32nd minute of the match.

Germany had lost their first match against Mexico 0-1.

After the win, Germany kept their hopes to reach the last 16 alive.