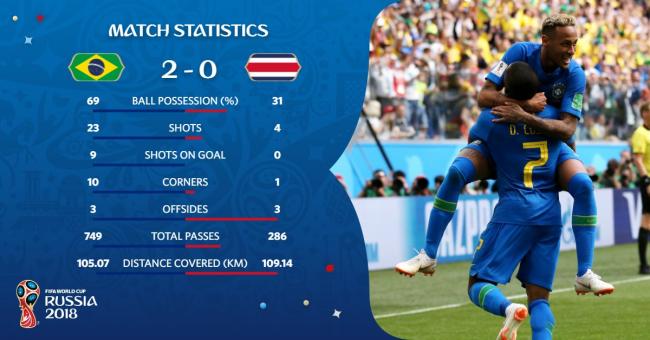 This was Brazil's first victory in the tournament.

With the clock ticking past 90 minutes, things were looking quite disappointing for Brazil fans.

It was, however, at that point of the game when both the footballers hit goals to ensure a victory for the former champions.

Costa Rica players had played their hearts out to keep Brazil to a 0-0 draw for a long period in the game.