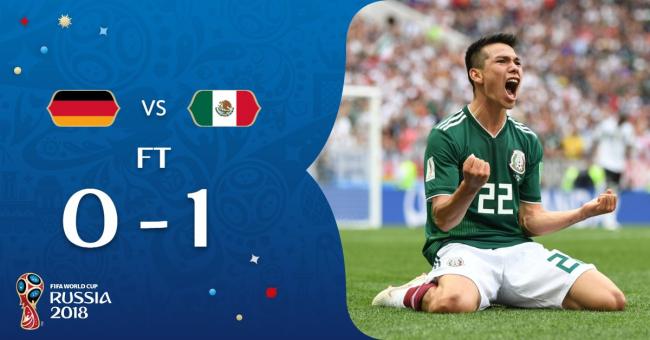 Moscow, June 17 (IBNS): Germany made a poor start to their attempt of defending the title as they were stunned by Mexico in their opening match of the World Cup on Sunday.

Earlier defending champions like France and Spain had experienced similar opening match defeats in 2002 and 2014.

Hirving Lozano finished a sharp counter-attack and managed to score the goal which eventually set the match in Mexico's favour.

Germany's defence looked in much poor shape in the match and the Mexican attack kept exposing it over and over again.

Germany failed to create chances which could level the scoreline.