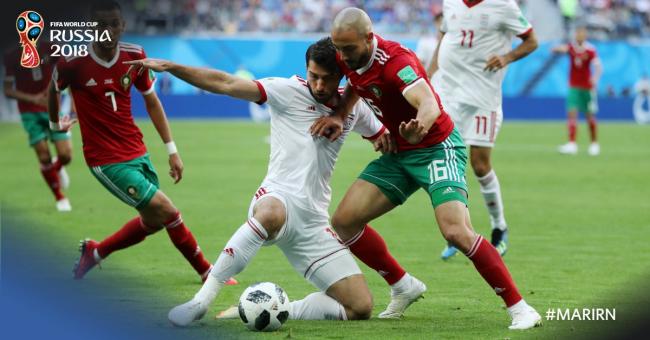 It was during the injury time when Iran accidentally scored a goal to clinch the match.

Morocco substitute Aziz Bouhaddouz scored an own injury in injury time to give the opponent a victory and full points.

With a diving header at the near post in the 95th minute, the Moroccan footballer scored the own goal that dashed all dreams.

Morocco, who were looking much better than the opponents, lost several chances in the clash.

Earlier in the day, Egypt lost 1-0 to Uruguay in Group A.