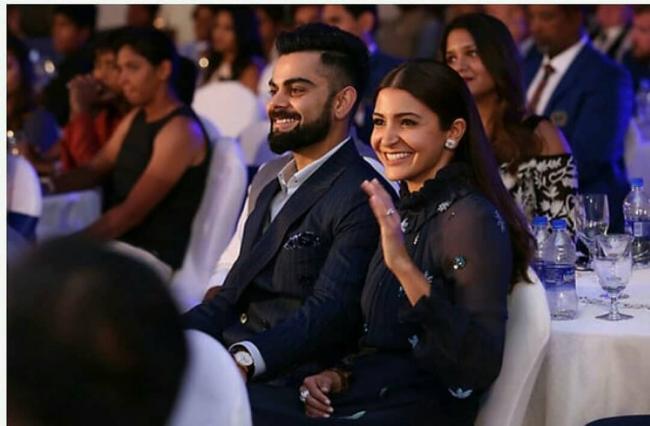 The award was handed over to Kohli by former Indian cricketer and present head coach of the national team Ravi Shastri.

Kohli, however, didn't miss the opportunity to take his wife and actress Anushka Sharma's name.

Anushka was present with Kohli at the award ceremony.

In a video shared by one of Kohli's fans on Twitter, the Indian skipper could be seen speaking about his spouse.

Referring to Anushka, Kohli said: "My wife is here today so makes it more special." (sic)

The BCCI Awards recognised and honoured the top domestic and international cricketers across all age groups.

While Kohli got top honours in the men’s category, Harmanpreet Kaur and Smriti Mandhana became the maiden recipients of the award for best international cricketer (women) for the 2016-17 and 2017-18 seasons respectively.