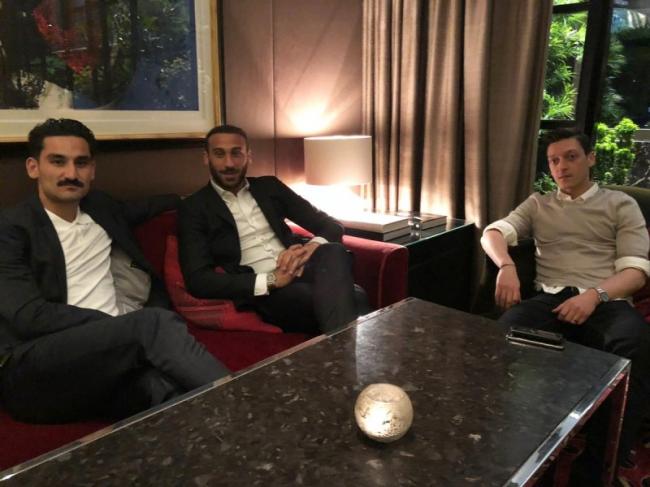 Erdogan was recently in the United Kingdom, where he interacted with German born football players of Turkish origin, Ozil and Gundogan.

"For my honoured President, with great respect," read Gundogan's jersey.

Erdogan, who is seeking another term, has been ruling Turkey for the last one and a half decades.

He has also called for a snap poll on 24 June.

Questioning the commitment of its players, DFB president Reinhard Grindel said, "Football and the DFB defend values which are not sufficiently respected by Mr Erdogan.

"That's why it's not good that our international players let themselves be manipulated for his electoral campaign. In doing that, our players have certainly not helped the DFB's work on integration," he added.

DFB director Oliver Bierhoff was quoted as saying in the media, "Neither one of them was aware of the symbolic value of this photo, but it's clearly not right and we'll be talking to them about it."