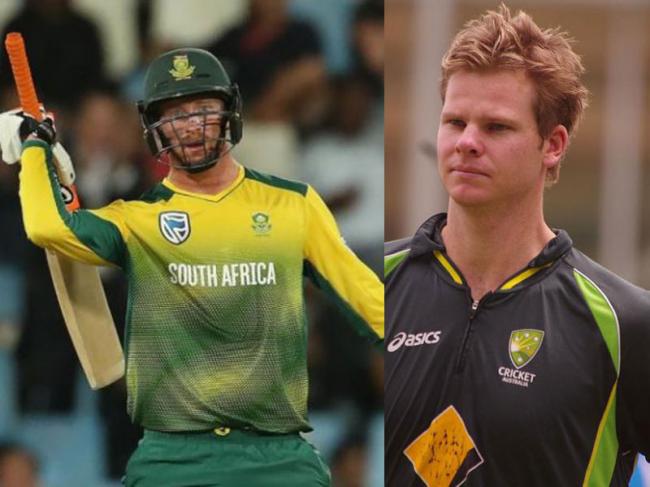 Mumbai, Apr 2 (IBNS): The Rajasthan Royals have picked up cricketer Heinrich Klaasen as the replacement for Australia's Steve Smith.

The wicket-keeper batsman was picked for INR 50 lakh from the Registered and Available Player Pool (RAPP) list.

"The 26-year-old recently made his international debut against India in 50-over format and picked up the Man of the Match award in his second ODI. He then made his debut in the shortest format of the game in the following three-match T20I series," the  IPL said in a statement.

Smith was banned by BCCI from playing the IPL this year after his name emerged in the ball-tampering episode during the third Test match between Australia and South Africa.

Smith stepped down as the skipper of the squad.

Cricket Australia also slapped a 12-month ban on him.

Apart from Smith, vice-captain David Warner was also handed a 12 months ban from playing international cricket due to his involvement in the incident.

Both of them returned to Australia last week and apologised for their acts.

He was the skipper of Sunrisers Hyderabad franchise.

Apart from them,  Cameron Bancroft, who was caught red-handed attempting to tamper the ball with a yellow substance, what now appears to be a sandpaper, has been handed a nine-month ban.

IPL will commenced from Apr 7.