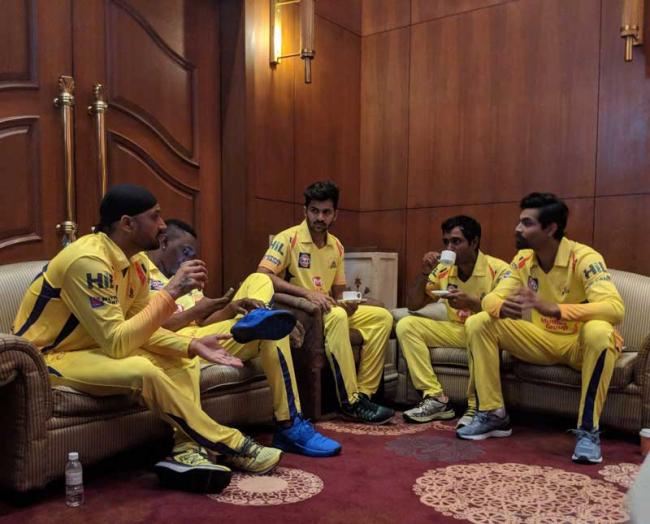 On Friday, Chennai side shared an image in their Twitter page where the spinner could be seen interacting with his new colleagues.

Harbhajan and CSK players were busy with some shooting, as per the club tweet.

"Shoot day and what better than the Filter Kaapi to start it with! #WhistlePodu," CSK tweeted.

Harbhajan will be playing the tournament by wearing the special 27 number jersey.

Mumbai released Singh in the IPL auction in January.

CSK bought him for Rs 2 Crore during the auction season.