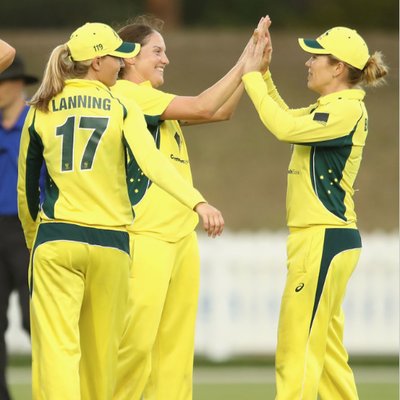 Blackwell tweeted, " Press conference today at the SCG to announce my retirement. Click link below to listen. Held back the tears... just! Cannot thank Cricket Australia and Cricket NSW enough for the opportunity to play the sport I love at the highest level."

She had made her debut for Australia in a one-day international against England in 2003.

In her career, Alex played  251 matches across all three formats for her country.

"Alex has been a wonderful servant to Australian Cricket, and a tremendous leader both at national and international level, and we congratulate her on an outstanding career that has spanned more than 16 years," Cricket Australia CEO James Sutherland was quoted as saying in a statement.